A host of other firms engaged in fertilisers, seeds, farm equipment, food processing and consumer consumption would immensely benefit from a sizeable improvement in the demand for farm inputs as also higher farmers' income 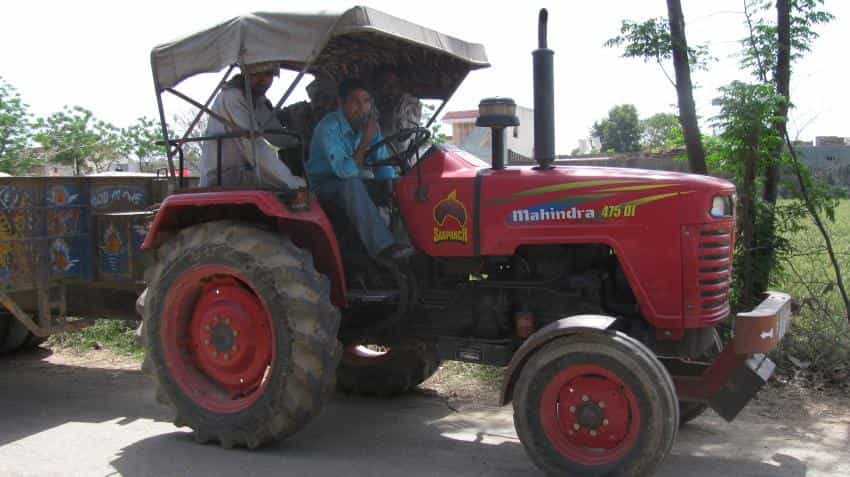 Farmers on a tractor out in the fields. Photo: Wikipedia

With a good monsoon this year, companies connected with India's rural economy are set to post handsome growth in the coming two-quarters, industry chamber Assocham said on Sunday, citing its report.

"Thanks to bountiful rains this year, a large part of corporate India with direct connect with the agro and the entire rural economy is set to post handsome growth in the coming two quarters in sales and profitability ranging between 15 and 45% with benefits of monsoon accruing to several firms like Mahindra and Mahindra, Rallis India and Jain Irrigation," Associated Chambers of Commerce and Industry of India said in a statement here.

"The firms benefiting directly from abundant rainfall relate to those in the irrigation infrastructure, farm equipment like tractors, seed development and the food processing," the Assocham report `Monsoon Showers Fortune on Farm Related Firms` said.

A host of other firms engaged in fertilisers, seeds, farm equipment, food processing and consumer consumption would immensely benefit from a sizeable improvement in the demand for farm inputs as also higher farmers' income, it added.

Sale of tractors for Mahindra and Mahindra during the September-March 2017 window is expected to rise by over 15%, the industry chamber said.

Other tractor and farm equipment firms including Escorts and VST Tillers Tractors are also expected to do well both in income and net earnings, it added.

Similarly, for Tata Group subsidiary Rallis India, bountiful rains are expected to generate 33.58% higher sales during the monsoon months in its agriculture business, according to Assocham.

The company has reported a profit of Rs 174.20 crore for its first quarter, implying a 55% increase in sales.

A positive monsoon for this year is also projected to put the irrigation business in good shape.

"A growth of 17-18 % is expected in the sales during the monsoon season as well as the lean season," Assocham said.

Meanwhile, data earlier this week showed that India's gross domestic product (GDP) slowed to 7.1% for the first quarter of this fiscal, from 7.5% in the like period of 2015-16, due mainly to lower activity in farm, mining and construction sectors.

Commenting on the GDP numbers industry chamber Ficci said it expects growth to gain momentum in the second half of the current fiscal.

"The good monsoon is a huge positive and an improvement has been noted in the kharif acreage. The agriculture sector performance is likely to pick up giving an impetus to rural consumption," Ficci said in a statement here.