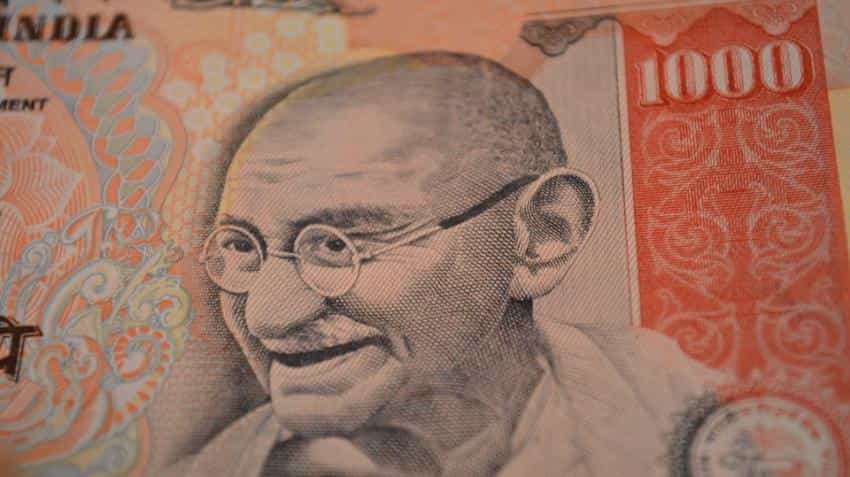 Over 1.78 lakh fake Rs 1000 notes have been recovered by the Ministry of Finance in 2015 alone. Photo: Pixabay
RELATED NEWS

Save yourself from fake notes; 9 features of an authentic Indian currency note

Are your currency notes set to get a new look?

A study on Fake Indian Currency Notes (FICN) revealed that a whopping Rs 400 crore was found to be in circulation during the last 4 years in the Indian economy.

The study was undertaken by Statistical Institute (ISI), Kolkata under the overall supervision of National Investigation Agency (NIA).

“The value (of fake currency) remained constant for the last 4 years,” the Ministry of Finance said in a statement.

In May 2016, the RBI Central Board discussed and recommended to the Government a set of designs for the new banknotes series which, on approval from the Government, will be introduced in due course.

This security measure is being worked upon due to the prevailing fake note currency problem in India.

In their June 8 edition, The Indian Express also reported on India’s fake currency note problem stating that as many as 250 out of every 10 lakh notes in circulation are fake, according to a study conducted by the Indian Statistical Institute.

As per the data from National Crime Records Bureau, number of seized and recovered from the year 2013 by FICN is as follow:

How do we stop this problem?

Considering the intensity of the problem, the department has taken the following measures in order to ensure that fake note circulation is curbed.

1.    The design and security features of banknotes are decided by the Government of India from time to time, in consultation with Reserve bank of India (RBI).

2.    A post of Director General in the rank of Additional Secretary in the Directorate of Currency has been created.

3.    To check the menace of counterfeiting of banknotes, the Ministry of Finance, Ministry of Home Affairs, Reserve Bank of India, Security and Intelligence Agencies of the Centre and States are working in tandem to thwart the illegal activities related to Fake Indian Currency Note (FICN).

4.    An FICN Coordination Group (FCORD) has been formed in the Ministry of Home Affairs to share the intelligence/information amongst different security agencies of States/Centre to counter the menace of agencies to effect more seizures.

5.    The issue has also been raised in international multilateral fora constantly.

6.    RBI has also initiated several measures for generating public awareness, conducting training programs for employees/officers of banks and streamlining the process of reporting and detection of counterfeit notes.

7.    Further, in order to stay ahead of the counterfeiters, Government has recently introduced revised numbering pattern in all denominations of banknotes.

These recommendations were submitted in a report by the committee headed by Shilabhadra Banerjee.

Save yourself from fake notes; 9 features of an authentic Indian currency note

Are your currency notes set to get a new look?