Factory output in December falls by 0.4%

IIP in the month of November rose 5.7%, the first month that felt the impact of demonetisation. 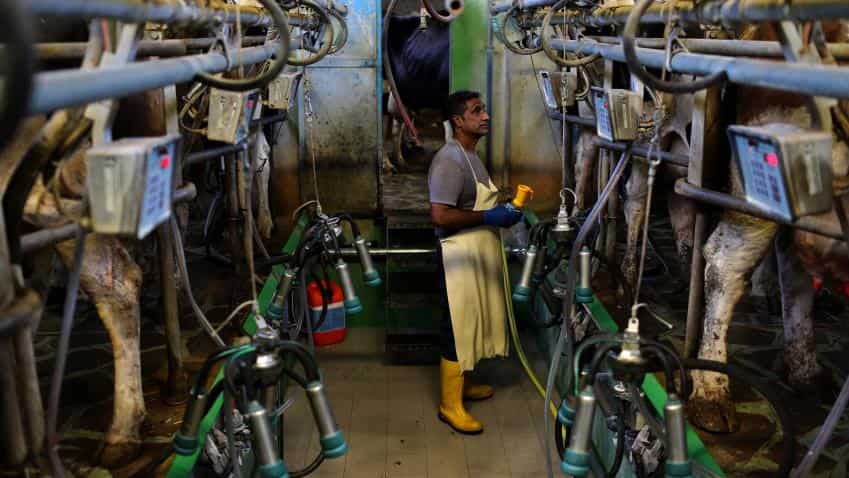 A Reuters poll showed that Industrial output growth slowed to 1.1% in December from 5.7% in November. Photo: Reuters

Ministry of Statistics & Programme Implementation said, "In terms of industries, seventeen out of the twenty two industry groups  in the manufacturing sector have shown negative growth during the month of December 2016 as compared to the corresponding month of the previous year."

The industry group ‘Office, accounting and computing machinery’ has shown the highest negative growth of (-) 23.9% followed by (-) 22.9% in ‘Other transport equipment’ and (-) 14.4% in ‘Luggage, handbags, saddlery, harness & footwear; tanning and dressing of leather products’. On the other hand, the industry group ‘Basic metals’ has shown the highest positive growth of 11.1% followed by 9.8% in ‘Radio, TV and communication equipment & apparatus’ and 3.0% in ‘Coke, refined petroleum products and nuclear fuel’.

A Reuters poll showed that Industrial output growth slowed to 1.1% in December from 5.7% in November. The reduced pace is "primarily on account of a slowdown in the growth momentum of consumption goods sector" Rupa Rege Nitsure, group chief economist at L&T Financial Services, wrote in a note to Reuters.

After the release of IIP data for the November month, Crisil in its report had said that consumer durables output and sales could slowdown even more in December following the scrapping of high denomination currency notes and the limit on daily and weekly cash withdrawals.