Kotak Securities said, RBI to remain focused on achieving an inflation rate closer 4%, which will lead to limitation in scope for rate cuts, even though the liquidity channel will likely remain accommodative as RBI continues to keep liquidity closer to neutral on average. 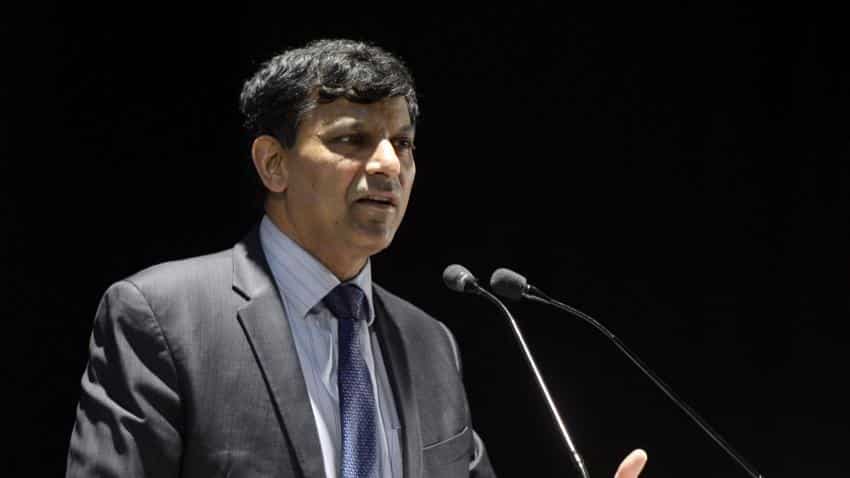 Raghuram Rajan announced his last bi-monthly monetary policy as RBI governor on Tuesday, where he kept the policy rates unchanged.

This was in line with the market experts and analysts.

The policy repo rate stood unchanged at 6.5%, while cash reserve ratio at 4% of net demand and time liabilities (NDTL).

Also reserve repo rate were kept unchanged at 6% and the marginal standing facility (MSF) rate and Bank rate at 7% respectively.

So what has made Rajan keep the rates unchanged.

The core factor that has convinced RBI to keep rates muted was Inflation.

At present inflation has rose to 5.8% in June, which is nowhere near Rajan’s forecast due to constant rise in food prices.

The prices of pulses and cereals are rising and services inflation remains somewhat sticky, said RBI.

Kotak Securities said, RBI to remain focused on achieving an inflation rate closer 4%, which will lead to limitation in scope for rate cuts, even though the liquidity channel will likely remain accommodative as RBI continues to keep liquidity closer to neutral on average.

Retail inflation rose to a 22-month high in June, with a sharp-pick-up in momentum shattering favourable base effects. Such was driven by food, with vegetable inflation higher than the usual seasonal rise at this time of the year.

Industrial Output: In May, the industrial production have seen an uptick on the back of manufacturing and mining, following a contraction in the preceding month. RBI explained such an uneven performance of industrial output reflects the lumpy and order-driven contraction of insulated rubber cables, a component of capital goods.

During the first half of 2016, world trade were lack-lustre. After Brexit, the equities plunged worldwide, currency volatility increased and investors herded into safe havens.

Though equity markets have regained their lost ground post Brexit. Currencies, barring the pound sterling, have stabilised, with the yen appreciating the most on risk-on demand as well as the announcement of fresh stimulus.

In regards to developed economy, the growth in Q2 of 2016 has been sluggish than expected which has made the outlook a mixed bag ahead.

In the Euro area, the re-emergence of stress in some parts of the banking sector and the Brexit vote increased uncertainty.

In Japan, downside risks have intensified in the form of a stronger yen, deflationary risks and contracting industrial production, triggering monetary and fiscal stimuli.

RBI also pointed out on the 7th Pay Commission to be closely watched and their effects on inflation ahead.

While the direct statistical effect of house rent allowances under the 7th CPC’s award may be looked through, its impact on inflation expectations will have to be carefully monitored so as to pre-empt a generalization of inflation pressures. In terms of immediate outcomes, much will depend on the benign effects of the monsoon on food prices, added RBI.

RBI closed, stating that in view of this configuration of risks, it is appropriate for the bank to keep the policy repo rate unchanged at this juncture, while awaiting space for policy action.

Raghuram Rajan will be stepping down from his position in central bank on September 4,2016. Rajan’s successor is yet to be announced.

Meanwhile, a co-operative thought process from the newly appointed monetary policy regime - a panel of six member, will be keenly watched on measuring how the RBI looks at attaining the 4% target.