The trade deficit has widened to USD 165.52 billion during the 11 months of the current fiscal from USD 148.55 billion compared to the year-ago period, the data said. 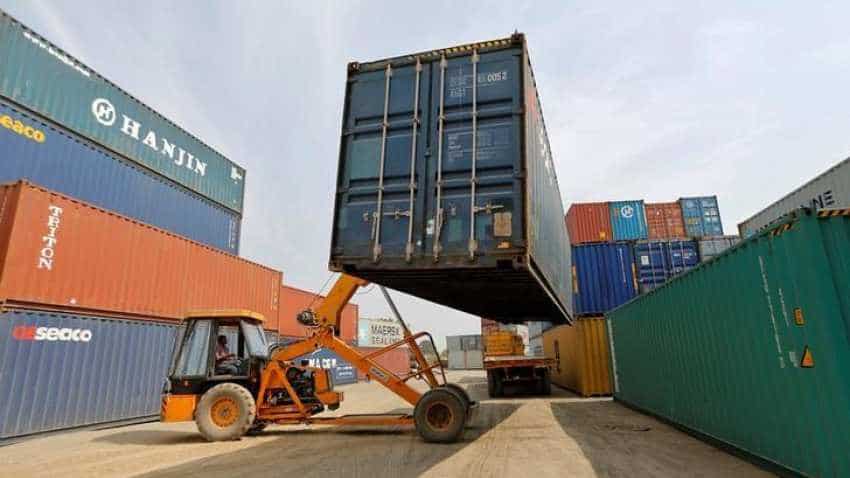 Oil imports in April-February 2018-19 were USD 128.72 billion, which was 31.98 per cent higher over the same period last fiscal. Image source: Reuters
Written By: PTI
RELATED NEWS

Marginal 2.44 per cent increase in exports as well as lower imports of gold and petroleum products in February significantly narrowed the country's trade deficit to USD 9.6 billion, according to data released by the commerce ministry Friday. India's merchandise exports rose to USD 26.67 billion in February from USD 26.03 per cent in the year-ago month mainly on account of higher shipments in sectors such as pharmaceutical, engineering and electronics.

As per the data, the decline in imports was mainly on account of sharp decline in inward shipments of gold and petroleum products.

While the import of gold fell by about 11 per cent to USD 2.58 billion in February as against USD 2.89 billion in the corresponding month last fiscal, inward shipments of petroleum products were down by nearly 8 per cent to USD 9.37 billion.

The trade deficit has widened to USD 165.52 billion during the 11 months of the current fiscal from USD 148.55 billion compared to the year-ago period, the data said.

The global Brent price (USD/bbl) decreased by 1.97 per cent in February 2019 compared to the same month previous year.

Commenting on the trade data, President of exporters' body FIEO Ganesh Kumar Gupta said that exporters have managed to do well despite increasing protectionism, tough global conditions and constraints on the domestic front.

He said economies across Asia specially China and South East Asian nations have been showing signs of sluggishness with contraction in manufacturing due to slowdown in the global trade and fragile world economy.

Gupta said 18 out of 30 major product groups were in positive territory, with most of them with marginal growth during the month. "However, with this trend, we will be able to achieve merchandise exports of about USD 330 billion, the highest ever exports for a fiscal," he added.

Taking merchandise and services together, overall trade deficit for April-February 2018-19 is estimated at USD 93.32 billion as compared to USD 82.46 billion in year-ago period.