Exports to Bangladesh are set to resume through West Bengal's Petrapole land port after traders agreed to create a pool of local drivers, who will deliver consignments to the neighbouring country and stay in isolation after returning, an official said on Saturday. 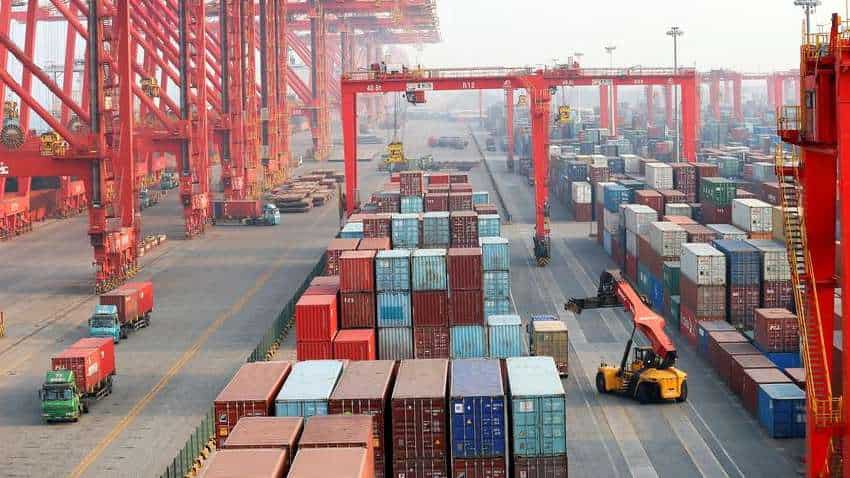 The trade will be allowed for 12 hours daily, starting from 6 am. Reuters photo.
Written By: PTI
RELATED NEWS

Exports to Bangladesh are set to resume through West Bengal's Petrapole land port after traders agreed to create a pool of local drivers, who will deliver consignments to the neighbouring country and stay in isolation after returning, an official said on Saturday.

Days after a similar mechanism was introduced at Mahadipur land port in Malda district, this arrangement at Petrapole integrated check post in Bongaon area will start from Sunday, he said.

A pool of 100 local truck drivers will only be allowed to go up to 500 metres within Bangladesh port area, and will return after unloading goods, the official said, adding that they need not move anywhere else in the neighbouring country.

"The drivers, who will enter Bangladesh, will stay in the integrated check post (ICP) area after their return and will not go outside the land port," he said.

The trade will be allowed for 12 hours daily, starting from 6 am.

All Bangladesh-bound vehicles stranded in and around the Petrapole check post, around 80-km from Kolkata, will be cleared by June 14, he said.

The local administration also asked traders to be ready with another pool of 50 drivers outside the ICP area for any exigency.

"A large number of trucks are stranded near the border due to the lockdown. Exports through Petrapole check post will resume on Sunday. We have agreed to follow the instructions given by the administration," an official of exporters' body FIEO told PTI.

Federation of Indian Exports Organisations regional chairman (east) Sushil Patwari said exporters are not sure whether this arrangement will continue, following clearance of the stranded trucks by June 14.

Everyday, around 550 to 600 trucks laden with various goods go to Benapole, located on the other side of the border, through Petrapole land port that accounts for the majority of trade between India and Bangladesh.

The trade through this land port, the largest facility on the Indo-Bangla border, was stopped on May 2 after two days of operation, following protests by local people who were afraid that truck drivers and labourers might spread coronavirus infection when they return from Benapole.

Meanwhile, Mahadipur Exporters' Association secretary Prasenjit Ghosh claimed that around 70-80 trucks are currently operating as a pool of 50 drivers are working to deliver consignments to Bangladesh.

Usually, over 300 vehicles used to operate through the Mahadipur land port before COVID-19 outbreak.
Apart from Petrapole and Mahadipur, the trade between the two countries takes place through several land ports such as Changrabandha in Cooch Behar, Fulbari in Jalpaiguri, Hilli in South Dinajpur, Ghojadanga in North 24-Parganas district, among others.