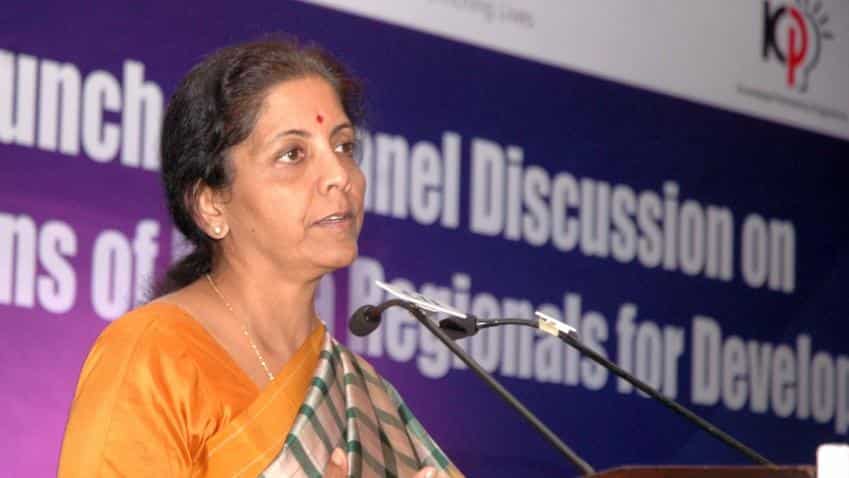 Minister of State for Commerce & Industry Nirmala Sitharaman addresses at the release of Book and Panel Discussion on `TPP and India: Implications of Mega Regionals for Developing Countries` in New Delhi on February 1, 2016. Image Source: IANS/PIB
Written By: Tejal Yerunkar

India's exports from special economic zones (SEZs) have witnessed a rise of just 0.77% to Rs 4,67,337 crore in 2015-16, said the Ministry of Commerce and Industry in a reply to a question in Lok Sabha on Monday.

The country's exports from the special economic zones (SEZs) during the last three years have seen a mixed trend, Minister of Commerce and Industry Nirmala Sitharaman said in a statement.

"The slowdown in SEZs exports is due to a number of reasons including, interalia, withdrawal of exemption of Minimum Alternate Tax (MAT) and Dividend Distribution Tax (DDT) provisions, uncertain fiscal regime for SEZs, global factors, etc," Sitharaman said.

The ministry has given approval to seven central government special economic zones (SEZs) and 11 state and private sector SEZs set up prior to the enactment of the SEZ Act, 2005, cited Sitharaman.

Moreover, it has also given approval to 412 SEZs, out of which 204 SEZs are functional and remaining 226 SEZs are non-functional, she added.