Exporters see gain in rupee slide, but this is what may spoil the party

Exporters today said the depreciating rupee may be beneficial for certain segments in the short term but global buyers may start asking for discounts if the unit would stay near the 70 mark. 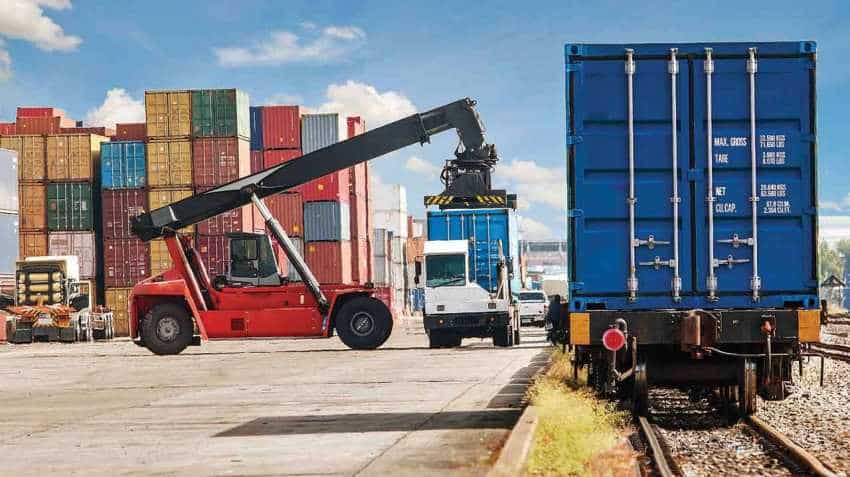 Exporters may get e-wallet for refunds by April 2018: GST council

Exporters today said the depreciating rupee may be beneficial for certain segments in the short term but global buyers may start asking for discounts if the unit would stay near the 70 mark. The rupee today settled below the 70-mark for the first time in history on strong demand for the US dollar amid ongoing Turkish crisis.

Indian Silk Export Promotion Council Chairman Satish Gupta said most of the export bills are made in dollar terms and such exporters will benefit from the conversion in rupee.

However, buyers are very clever, he said.

"Though the buyers have so far not started asking for benefit of currency fluctuation to be parted with them in the form discount but it is likely that the buyer will start asking for discount while realising payment if the dollar stagnate around Rs 70," he said.

CII Director General Chandrajit Banerjee said unexpected global events have led to sharp volatility in the rupee. "While India is getting clubbed with other emerging markets, we are confident that stability will emerge soon as India's sound fundamentals and strong growth is taken into account."

Assocham Secretary General D S Rawat cautioned that while Indian economy would be able to absorb the rupee depreciation in the range of 69-71 to a dollar range to a dollar but anything beyond that would have negative impact on inflation.

Being a net importing country, India cannot afford to lose value of its currency much even if other emerging markets lose in a similar way. Rawat said.

"Stability should be the watchword and given the forex reserves of USD 400 billion, the RBI should remain on top of the situation," Rawat said.

Federation of Indian Export Organisations Director General Ajay Sahai said the overall impact of the rupee's slide will be good but vary segment-wise.

According to him, while the development will be positive on shipments from the marine, agro, carpet, handicrafts, leather goods, apparel and textiles sectors; segments like gems and jewellery, electronics and petroleum stand to gain less.

However, engineering exports' body EEPC India Chairman Ravi Sehgal said the yo-yoing of the rupee and related volatility is exacerbating uncertainty for exporters as any real impact on exports would get muted from factors such as all-round depreciation of currencies of all the Emerging Markets and increase in raw material costs for shipments.

Economists polled in a recent survey by Ficci unanimously felt that the rupee will continue to be under pressure in 2018-19 and the movement in oil prices and domestic as well as global economic developments will remain the two key swing factors for the domestic currency.

On the domestic front, it was suggested that as India approaches state elections in late 2018 and general elections in early 2019, markets will price in a greater degree of political risk premium for the Indian Rupee.

Exporters may get e-wallet for refunds by April 2018: GST council