MSCI's decision a year ago to include yuan-denominated Chinese stocks, or "A-shares", into its emerging market (EM) index triggered a rally in Chinese blue-chips in 2017, though the market has corrected this year amid rising borrowing costs and fears of a Sino-US trade war. 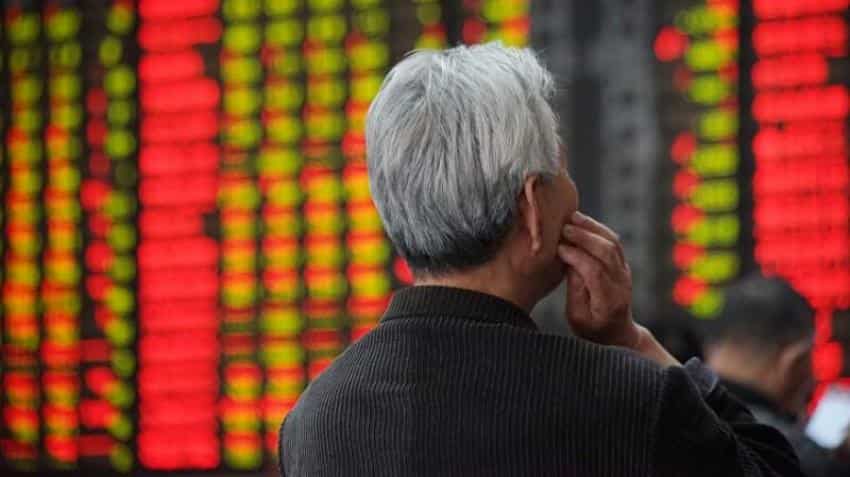 Global market research and index company MSCI Inc will add roughly 230 China-listed shares to its emerging market benchmark in a two-step process starting on June 1, a move expected to drive a surge of foreign money into the country`s stock markets.

MSCI's decision a year ago to include yuan-denominated Chinese stocks, or "A-shares", into its emerging market (EM) index triggered a rally in Chinese blue-chips in 2017, though the market has corrected this year amid rising borrowing costs and fears of a Sino-US trade war.

Foreign buying of Chinese stocks was tepid on Thursday on the last trading day before their inclusion.

WHAT, EXACTLY, IS THE MSCI INCLUSION?

The US-based creator of widely-watched stock indices, is adding A-shares to its benchmark Emerging Markets and All Country World Index indices. The firms are predominantly blue chips such as SAIC Motor Corp and liquor maker Kweichow Moutai Co Ltd.

Late on Wednesday, MSCI tweaked the MSCI China A Inclusion Index, dropping telecom equipment and smartphone maker ZTE Corp, and four other companies, whose shares have been suspended.

WHY IS THIS IMPORTANT?

MSCI`s EM index is tracked by funds with assets under management in excess of $1.9 trillion. That means when Chinese shares are added to the index, money that follows the benchmark will have to buy Chinese stocks to avoid deviation.

Some analysts estimate about $20 billion will initially flow into Chinese stocks, rising to $300 billion if there is full inclusion, as many expect. Some investors, however, predict much smaller inflows in the short term.

The A-shares included initially will have an aggregate weight of 0.39 percent in the MSCI Emerging Markets Index at a 2.5 percent partial inclusion factor. The second phase of entry will occur in September.

Further inclusion could include a higher weighting and mid-cap shares. A full inclusion would see A-shares account for about 18 percent of the MSCI EM index.

WHY DIDN'T IT HAPPEN SOONER?

In 2013, MSCI put A-shares on a review list but did not include them in indexes, citing issues including capital mobility restrictions and uncertainties around taxes.

HOW CAN FOREIGNERS BUY CHINESE SHARES?

Since China`s markets are not fully open to foreigners, the main channel for MSCI-related share purchases will be the Shanghai and Shenzhen "stock connect" links with Hong Kong.

These two-way investment schemes allow investors to buy Chinese shares through the former British colony, and vice versa. The daily quota for "northbound" purchases of shares in each channel was quadrupled to 52 billion yuan on May 1.

Foreign investors can also access Chinese shares through QFII, the Qualified Foreign Institutional Investor scheme, within limits. The State Administration of Foreign Exchange has granted $99.5 billion worth of quotas for QFII investment.

Another scheme, RMB QFII, allows the use of offshore yuan to invest in Chinese shares.

Foreign investment in Chinese shares has been on the rise, but remains relatively small. The "northbound" quota through the connect schemes has rarely been maxed out. Foreign investors have cited a litany of concerns, from unfamiliarity with Chinese companies to worries about corporate governance.

Some funds tracking the MSCI A-share inclusion index have seen heavy inflows since announcement of the China entry.