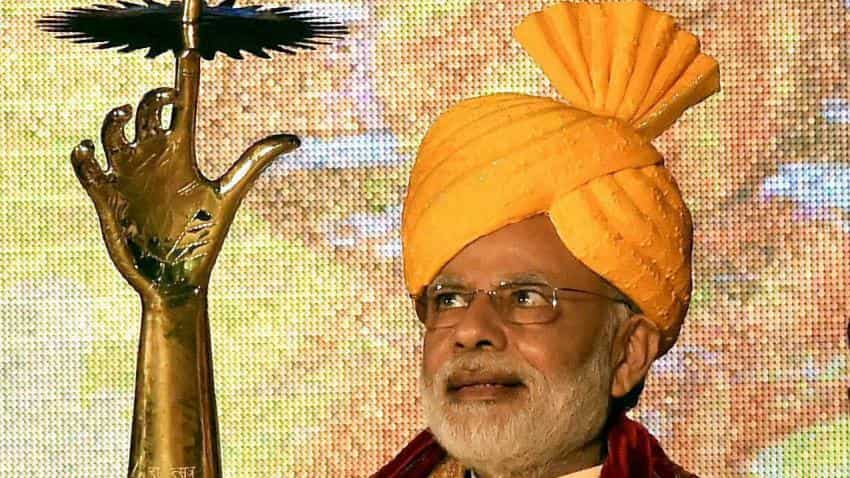 The Indian government said economic growth would slow down to 7.1 % in the fiscal year ending in March from 7.6 % a year earlier.

Most private economists have pared India`s growth forecast to 6.3-6.4 % for the 2016-17 fiscal year, citing the impact of the government`s scrapping of high-value bank notes last November.

DHARMAKIRTI JOSHI, CHIEF ECONOMIST, CRISIL
"With this kind of growth, I think, the central bank might hold off on rate cuts. "As far as the impact (of demonetisation) is concerned, we are, in our assumptions, taking into account adverse impact till the last quarter of this (fiscal) year, which is til March. After that it should stabilise."

ANEESH SRIVASTAVA, CHIEF INVESTMENT OFFICER, IDBI FEDERAL LIFE INSURANCE CO
"I am very worried with the projected growth rate. The methodology followed excludes demonetisation, but still the projected rate of 7.1 % is below my estimate of 7.5 %.
"Take demonetisation into account, the rate will substantially drop. My estimates taking demonetisation into account was 6.8 %, but now it will much lesser than that."
"Since the dollar is strengthening and global dynamics are not in our favour, I expect RBI to cut rate by 25 bps as early as February."

VARUN KHANDELWAL, MANAGING DIRECTOR, BULLERO CAPITAL
"Based on statistical measures, it is very difficult to factor in the impact on demonetisation. Mostly the impact of demonetisation will be proportionally higher in micro, smaller and medium scale enterprises.
"For FY17 our growth estimate range is lower at 5.5-6.5 % and this will depend on the future course of policy actions, the time taken for cash to come back into the system and what kind of budget we have."

ANJALI VERMA, ECONOMIST, PHILLIPCAPITAL INDIA
"This is the advanced estimate and we don`t know if they are in any way incorporating the demonetisation impact. We have a range of 6.5-7 % for FY17 and we will stick with that.
"We are expecting that all-in-all growth will stay impacted for the next two-three quarters.
"I think RBI should be following the inflation guidance that they have given and as when inflation is in comfortable zone they should go ahead and reduce rates. Lower lending rates would not means that RBI will stay away from reducing rates further."

SUNIL KUMAR SINHA, DIRECTOR OF PUBLIC FINANCE & PRINCIPAL ECONOMIST, INDIA RATINGS AND RESEARCH
"Perhaps data available with CSO (central statistical organisation) at this time, which can actually capture impact of demonetisation, is very limited.
"I feel there is very limited scope for RBI interest rate cuts, even in February.
"If banks are now cutting their lending or deposit rates, it is something which one would have expected to happen earlier."
"There is still room for banks to lower interest rate given quantum reduction in policy rate."