Exit polls 2019: BJP is predicted to open its account in Kerala

The exit polls by various agencies predict that for the first time the BJP will open its account in Kerala, seeing a setback for the ruling CPI-M-led Left and gains for the Congress-led UDF. 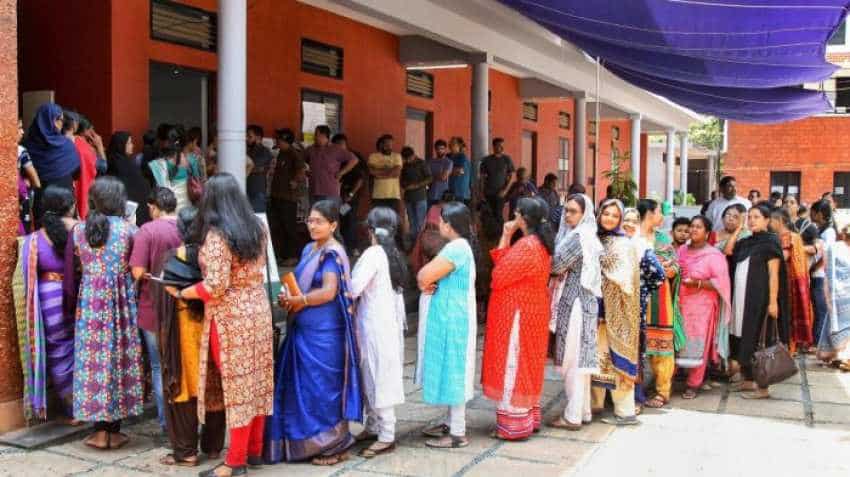 Exit polls suggest that BJP is not just opening its account in Kerala, but winning as many as three seats. Image source: PTI

The exit polls by various agencies predict that for the first time the BJP will open its account in Kerala, seeing a setback for the ruling CPI-M-led Left and gains for the Congress-led UDF.  Most exit polls surveys predict the Congress-led UDF to get as high as 16 seats, with the Left slated to end up with a high of six seats and the BJP not just opening its account, but winning as many as three seats.

The BJP has high hopes in Thiruvananthapuram, Pathanamthitta, Palakkad and at Thrissur. State BJP spokesperson J.R. Padmakumar said things are brightening up with every exit polls predicting that the BJP will open its account.

"We are going to win three seats," said Padmakumar. But former Chief Minister Oommen Chandy said the BJP will not be able to open its account. "My information is that we will put up one of our best-ever performances. While Palakkad remains a grey area, our party supporters in Palakkad are confident that in the end, things will turn in our favour," said Chandy.

Senior CPI-M legislator Raju Abraham does not agree with the exit polls and pointed out that the BJP in Kerala will not open its account. "We don`t give much importance to these exit polls and are confident that the Left will improve upon its 2014 performance. We will get more than eight seats," said Abraham.

In the 2014 polls, while the UDF won 12 seats, the CPI-M-led LDF won eight, with the BJP`s best performance was a runners-up position in Thiruvananthapuram and a poor third in all the other seats. The exit polls conducted by Mathrubhumi TVA in Kerala shows that the Congress will wrest the seats at Kasargode, Kannur , Alathur, Chalakudy and Idukki, but the CPI-M is putting a strong fight at Kozhikode and will wrest the Alappuzha seat from the Congress this time.

At Palakkad, the CPI-M expects a repeat performance at Attingal. In Thiruvananthapuram, the exit polls predict that K. Rajasekharan, the former Mizoram governor, is marginally ahead of Congress leader Shashi Tharoor, who is aiming a hat-trick of wins.