Indian Railways: The train is designed and is being built at ICF factory in Chennai. Ashwani Lohani, Chairman of the Indian Railway Board said, "We are working to increase the speed of existing trains but it can be achieved only by improving the and expanding the available Indian Railways infrastructure" 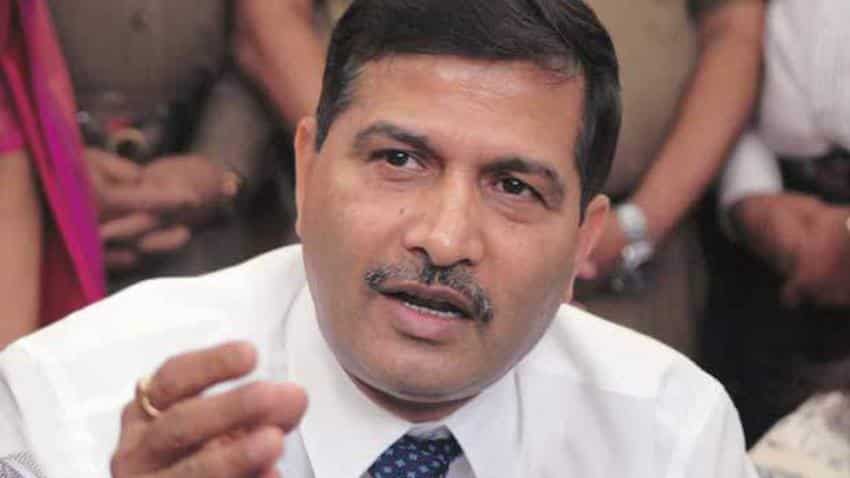 The Indian Railways is moving well in the direction of e-catering. But there is a problem and mini-meals is an answer to it, Ashwani Lohani said. Image source: PTI
Written By: ZeeBiz WebTeam
RELATED NEWS

Ashwani Lohani, Chairman of the Indian Railway Board, in an exclusive interview with Zee Business's Sameer Dixit said that a train set is a new concept and the country's first one will be running by October, 2018. The train is designed and is being built at ICF factory in Chennai. He also added, "We are working to increase the speed of existing trains but it can be achieved only by improving the and expanding the available Indian Railways infrastructure.
Here are the edited excerpts of the interview:

Q: My first question is related to the statement outside your office that visitors should not bring a bouquet. In addition, in recent past, you also asked Railways officers to address juniors as 'aap' not 'tu' or 'tum'. What do you expect from all of this?

A: See, cultural reforms are needed to bring a sustainable improvement in any organisation as this helps in changing the mindset of people and the way they work. This change means a change in organisational setup, which would bring other changes along with it.

Q: Sir, there is a new concept of Train Set. What is the current status and from when will we see them ply on the tracks? How is it going to benefit the passengers?
A: There is a basic difference between the existing normal trains and the train sets and that is related to engine or locomotive. Normal trains run with the support of locomotives, while the train-sets are self-propelled on electric traction and don't require a locomotive to pull it. They carry motors within the cars which helps it in pulling electricity. These trains can accelerate quickly, helping to cut the travel time. They are capable of returning back from any station without any delay. The Indian Railways-owned Integral Coach Factory in Chennai is manufacturing two train sets at present. The first train set will be out for test run in June 2018 and will be plying on tracks for passengers by October or November 2018.These trains, which provide comfortable train journey to passengers, are globally available.
Later, train-sets equipped with latest foreign technology will also be brought to India. Their trains will be developed within India under the Make in India initiative.

Q: You must be receiving complaints on daily basis about the quality of food being served or the catering facility available in Indian Railways. By when will better food be served to passengers?
A: It is a big issue and an important topic, at least, when it comes to Indian Railways, which caters to about 10-12 lakh passengers on a daily basis. For this purpose, we need to implement the concept of mini-meals that is available on airlines as well as e-catering facilities, under which food can reach a person just on a phone call.

Q: Do you think, the two schemes, mini-meal and e-catering, being suggested by you can address the problem?
A: See, the Indian Railways is moving well in the direction of e-catering. But there is a problem and mini-meals is an answer to it. Secondly, when it comes to basic improvement we are doing good and a centralised kitchen, which is being developed, is an example of it.

Q: What about punctuality of Indian Railways trains? Every passenger who buys a ticket has a wish that may his/her train reach the destination without any delay but it seems an impossible task.
A: See, it is not impossible and, at present, 65-70% trains are reaching their destinations on time, which is a big thing in itself. For more improvement, we will have to work on different fronts like the improvement of infrastructure and maintenance. But our primary focus is on safety and we don't wish that the train reaches its destination in unsafe conditions. The steps being taken on this front will have a long-term impact including punctuality of trains.

Q: Let's talk about the fare, which is an important aspect and is being criticised since a long. There is a different fare mechanism for different kinds of trains like Humsafar has a different mechanism, while Rajdhani, Shatabdi and Duranto have a completely different mechanism of pricing. Similarly, different pricing mechanism is implemented in case of express trains. Why don't you simplify the mathematics of pricing so that a common man feels no pain while booking the ticket?
A: See, the Indian Railways tariffs are quite low. In fact, it is the lowest among all modes of transportation. The fare is charged while booking the Railways tickets and these are reasonable enough. There must not be any tension or doubt in the minds of people when it comes to fare being charged by the Indian Railways.