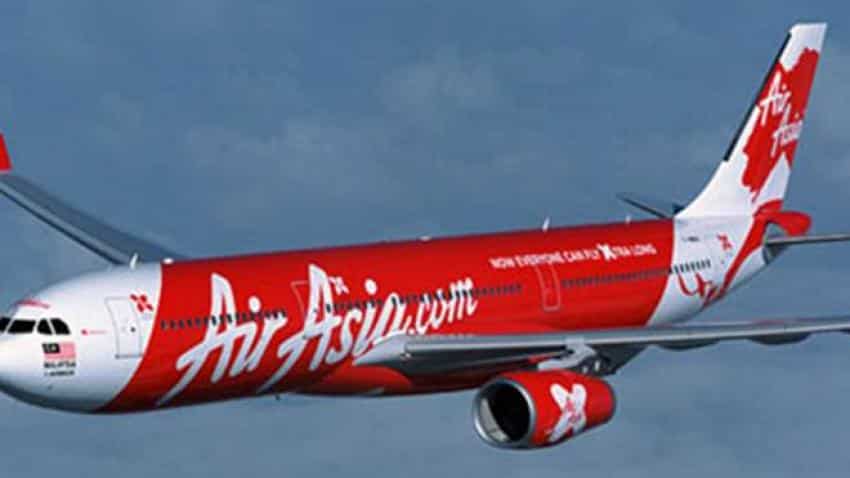 AirAsia co-founder Tony Fernandes is another notable Asian CEO who’s not been shy of boasting academic credentials that are less than they first appear. Image source: PTI
Written By: ZeeBiz WebTeam
RELATED NEWS

(Bloomberg Opinion) Samsonite International SA Chief Executive Officer Ramesh Tainwala resigned this month after a short seller highlighted issues with how he’d presented his educational history. Investors in AirAsia Bhd. should take notice. After all, co-founder Tony Fernandes is another notable Asian CEO who’s not been shy of boasting academic credentials that are less than they first appear.

At a time when AirAsia officials are facing bribery allegations in India – claims vigorously denied by the company – and the company is trying to tempt the market with a spin-off of its digital businesses, the famously casual dresser Tan Sri (Dr.) Anthony Frances Fernandes  should decide this is one formality he can dispense with.

While Fernandes has received no fewer than four doctorates, each was an honorary degree – first from Universiti Teknologi Malaysia or UiTM in 2010, then from Binary University in 2014, and then from both Kuala Lumpur-based MAHSA University and Phnom Penh’s University of Cambodia last year. The title has been used in every one of AirAsia’s annual reports since his first honorary degree was conferred, with the “(Dr.)” placed in parentheses in the two most recent editions.

To be sure, Fernandes has never suggested these degrees were anything other than honorary. In response to a query from Bloomberg Opinion, an AirAsia spokeswoman said it had used the title “(Dr.)” in parentheses in accordance with guidelines from Malaysia’s Ministry of Higher Education, but would discontinue the practice altogether in future annual reports. That’s the right approach. In most countries, the use of “Dr.” with or without parentheses in relation to an honorary degree is frowned upon. In Malaysia, it’s more of a gray area – but a fraught one too, given recent scandals around the misuse and even fraudulent use of academic titles.

Different institutions take different approaches. “It should always be made clear that the degree is honorary by adding "honorary" after the degree title,” UiTM corporate affairs director Zaleha binti Abdullah said by e-mail. A spokeswoman for MAHSA University said that recipients of honorary doctorates don’t add the prefix “Dr.” to their names. “In all cases where we award honorary doctorates, the recipients know of this,” she wrote. In a subsequent e-mail after being asked about Fernandes’s specific case, she said some recipients, like the AirAsia boss, use “(Dr.)”, in brackets.

Bernama news agency quoted Malaysia’s former education minister Idris Jusoh last April as saying the use of “(Dr.)” with parentheses was acceptable. A pumped-up title may seem a forgivable foible, especially in a country that’s traditionally put ethnic Chinese and ethnic Indians like AirAsia’s founder on a lower social rung through its Bumiputera system. (An irony of this case is that while Fernandes received his first honorary doctorate from UiTM, he wouldn't be allowed to study there as it only admits Malays and international students.)

And Fernandes’s talents, by his own admission, tend more to the entrepreneurial than the academic. In a video of the acceptance speech for his 2017 award posted on MAHSA University’s Facebook page, he tells how he flunked his final high-school exams in the U.K. to sabotage his parents’ desire for him to become a doctor. “I got an A for biology and I got two Fs for physics and chemistry,” he said. “I wrote my name on the examination paper and fell asleep.”

Sticking an overcooked doctorate on investor communications might seem like another matter for an amusing acceptance-speech anecdote. But it’s not. Boards rightly expect senior executives to be scrupulous about their public statements, as my colleague Liam Denning has pointed out in relation to Tesla Inc. CEO Elon Musk – another founder whose colorful identity is intensely bound up with the fate of his company.

As short-selling research firm Blue Orca Capital said in its note on Samsonite, Yahoo! Inc. removed CEO Scott Thompson for overstating his credentials, while RadioShack Corp. boss David Edmondson  also resigned after made-up degrees were discovered. Samsonite’s board “takes seriously the allegation that has been made about his academic credentials,” the company wrote in justifying its decision to accept Tainwala’s resignation – even though the descriptions of his education had been entirely accurate since the company’s 2011 initial public offering.

Fernandes’ styling himself a Dr. or (Dr.) isn’t an issue of that order, but it's still a distraction. AirAsia has a good story to tell around its rapid expansion and some of the lowest costs in the airline industry. Still, amid attacks from short sellers and the bribery allegations, it ultimately depends on the faith of investors, who expect executives to display a rigorous dedication to the unvarnished truth.

That makes grade inflation a genuine problem, and dropping the honorifics – an approach more in line with Fernandes’s commendably down-to-earth personality – is clearly the right way forward.  With AirAsia shares down 30 percent from their March 1 peak, compared with a 5.7 percent drop in the Bloomberg Asia Pacific Airlines Index, confidence is in short supply these days. The company is right not to squander it on vanities.