Essar Oil, Great Eastern Energy in shale gas sector? What you should know

As crude oil prices continue to remain at elevated levels, a recent notification by the government to undertake an inconspicuous change in the definition of petroleum have brought in the much-needed regulatory boost to the exploration of shale gas. 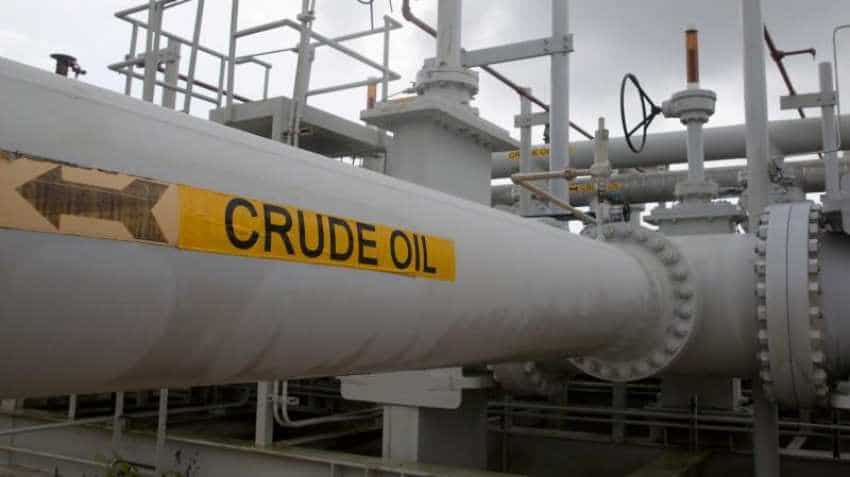 As crude oil prices continue to remain at elevated levels, a recent notification by the government to undertake an inconspicuous change in the definition of petroleum have brought in the much-needed regulatory boost. Image source: Reuters
Written By: Sumit Moitra
RELATED NEWS

As crude oil prices continue to remain at elevated levels, a recent notification by the government to undertake an inconspicuous change in the definition of petroleum have brought in the much-needed regulatory boost to the exploration of shale gas. This new age untapped source of fuel might bring to an end, to some extent, India’s dependency on crude oil imports.

But what’s the fine print? Will the private sector, engaged in exploring and producing alternative sources of fuel like coal bed methane (CBM), be encouraged to start investing in shale gas and oil exploration?

In its notification issued on July 24, definition of petroleum was changed to include shale by implication.

The new description reads: “Petroleum means naturally occurring hydrocarbons, whether in the form of natural gas or in a liquid, viscous or solid form, or a mixture thereof, but doesn’t include coal lignite, and helium occurring in association with petroleum or coal or shale.”

This amends the earlier definition of petroleum under clause K of Rule 3 of Natural Gas Rules 1959, which defined petroleum as follows:

“Petroleum means naturally occurring hydrocarbons in a free state, whether in the form of natural gas or in a liquid, viscous or solid form, but does not include helium occurring in association with petroluem, or coal, or shale, or any substance which may be extracted from coal, shale or other rock by application of heat or by a chemical process.”

That definition, which contained the phrase “free state” apparently prevented private players to explore shale, which was reserved for only government-owned entities like ONGC.

In May, government felt the need to change this definition and accordingly floated a consultation paper with a draft definition.

A section of the natural gas industry feels this will enhance domestic exploration and production of shale and other hydrocarbons raising India’s energy security and reducing dependency on imports.

“The amendment of the definition of petroleum is a welcome move as it would open up exploration of all hydrocarbons in existing fields which is in line with the new Hydrocarbon Exploration Licensing Policy,” Prashant Modi, managing director and CEO, Great Eastern Energy Corp, which is one of the two companies that produce coal bed methane, told agencies.

But a closer reading of the changes in the regulations reveals a different picture.

This means private sector players like Essar Oil and Gas and Great Eastern Energy would not be allowed to mine for unconventional sources like shale in their CBM blocks, which itself is an unconventional energy.

“This opens up opportunities in western region and in Assam (where most of crude bearing blocks are there) but not in Bengal region which is devoid of conventional deposits but have rich CBM reserve and where we have producing CBM blocks,” Tawde explained.

So, Essar will now have to look for shale in its Mehsana block in Gujarat where it doesn’t have estimates.

“We have to work hard to get the date estimates for shale in Mehsana block which falls in the Cambay basin, so we are more upbeat on CBM where we pioneered CBM exploration in the early 90’s,” he said.

While Essar will now have to look at Gujarat for shale, allowing shale production in the existing producing CBM blocks, all of which are located in Ranigunj that falls in the Damodar basin, would have helped the operators as there is significant synergy between CBM extraction and shale fracking.

“CBM extraction gives out water while shale fracking needs water. Again, CBM production can only be ramped up gradually after dewatering while in case of shale, production is high in the initial years. So, we can front-end shale production and back-end CBM production thereby achieving an optimum utilisation of infrastructure,” an Essar official said.

Another impediment could be absence of recent data on actual reserve of shale in the country.