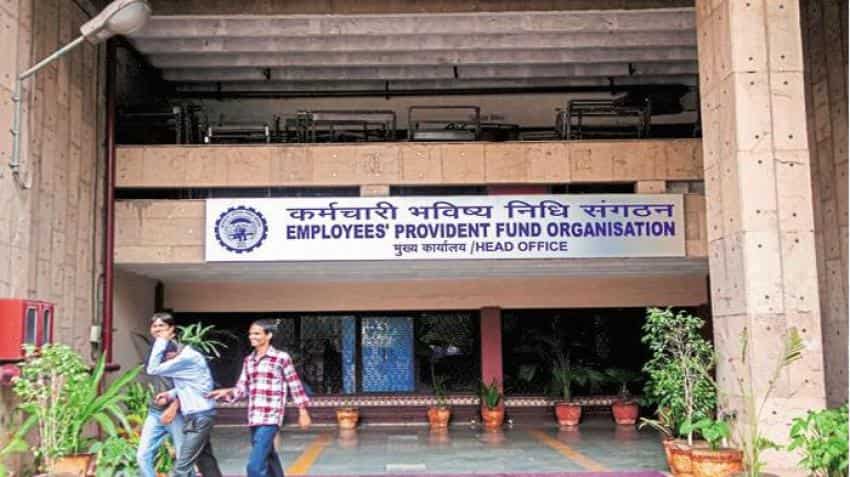 EPFO Online: Want to claim money from dormant EPF account? Rs 26,497 crore unclaimed amount at stake; Do this at epfindia.com

Retirement fund body EPFO has lowered the rate of interest on employees provident fund to 8.55 per cent for its over 6-crore subscribers for 2017-18, from 8.65 per cent in the previous fiscal.

According to Labour Minister Santosh Gangwar, who attended the Employees' Provident Fund Organisation's (EPFO) trustees meet, "It is difficult to evaluate about future in view of present economic scenario. We paid 8.65 per cent last fiscal, which left a surplus of Rs 695 crore. This year, we have decided to recommend 8.55 per cent for 2017-18, which will leave a surplus of Rs 586 crore."

Reacting over the development, the Congress has accused the Narendra Modi government of "back stabbing" honest tax payers by lowering the interest rate on EPF. The party also alleged that the government was indulging in "organised fleecing" and "legalised pilferage".

"Post the colossal loss of almost Rs 30,000 crore 'loot' and scams being unravelled in the past seven days, the Modi government has once again back stabbed the common people and honest tax payers of the country by reducing the interest rates on EPF from 8.65 per cent to 8.55 per cent," Congress communications in-charge Randeep Surjewala said.

It may be noted that in December 2017, the government had cut the interest rate on small savings schemes, including the Public Provident Fund (PPF), National Savings Certificate (NSC) and KisanVikas Patra, by 0.2 percentage points for the January-March quarter.

"Since Modi came to power in 2014, his government has indulged in a systematic reduction of interest rates which have extinguished the savings of crores of common people," Surjewala said.

EPFO Online: Want to claim money from dormant EPF account? Rs 26,497 crore unclaimed amount at stake; Do this at epfindia.com