Piyush Goyal said that the proposed Entrepreneurship Facilitation Scheme may be taken up through such special grants provided to the state. 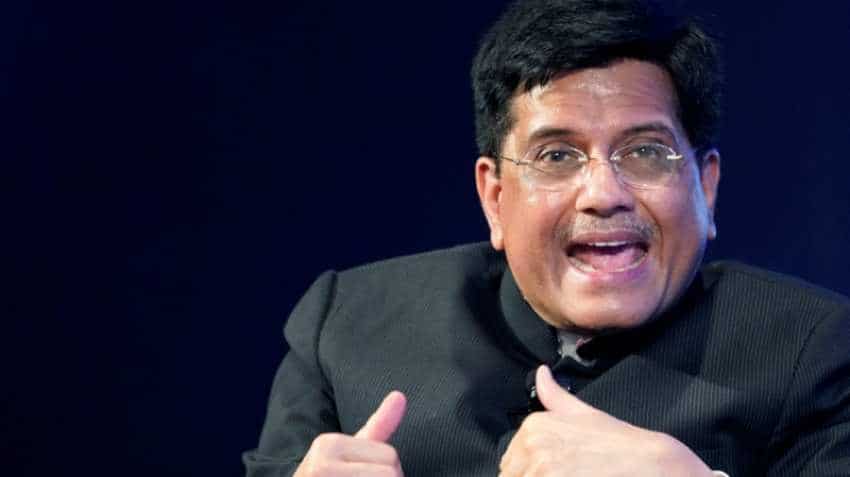 A special package to backward areas of the state has been sanctioned for 7 backward districts of Andhra Pradesh. Image source:
Written By: ZeeBiz WebTeam
Edited By: Rajeev Kumar
RELATED NEWS

The government has granted certain tax incentives to promote industrialization and economic growth in Andhra Pradesh, which received a proposal, dated March 13, 2017, for formulation of Entrepreneurship Facilitation Scheme. Further, a special package to backward areas of the state has been sanctioned for 7 backward districts of Andhra Pradesh at Rs 50 crore each per annum from 2015-16 till 2019-20, said Minister of Commerce and Industry Piyush Goyal, in a written reply in the Rajya Sabha on Friday.

According to the minister, the proposed Entrepreneurship Facilitation Scheme may be taken up through such special grants provided to the state.

Notably, the YSR Congress Party government of Andhra Pradesh has tabled over Rs 2.27 lakh crore budget for 2019-20, an increase of 19.32 per cent over the previous year, in the state Assembly on Friday. Finance Minister B Rajendranath proposed expenditure of Rs 2,27,974.99 crore, comprising Rs 1,80,475.94 crore revenue expenditure and Rs 32,293.39 crore capital expenditure.

Urging Prime Minister Narendra Modi to grant Special Category Status to Andhra Pradesh, Rajendranath asked the Central government to fulfill the promise made at the time of state`s bifurcation in 2014. He listed out a series of announcements made during last one month to increase the remuneration of various categories of employees engaged in last mile service delivery. The enhanced remuneration will benefit around 3.17 lakh people.

The state finance minister also proposed an outlay of Rs 8,750 crore for YSR Rythu Bharosa, under which every farmer will be provided an investment support of Rs 12,500 every year. This will benefit 64.06 lakh farmers, including 15.36 lakh tenant farmers.

Further, Rajendranath also earmarked Rs 1,163 crore for YSR Crop Insurance Scheme to pay the current share of farmers` crop insurance to relieve them of any burden in crop insurance. The scheme is likely to benefit 60.02 lakh farmers in the state.