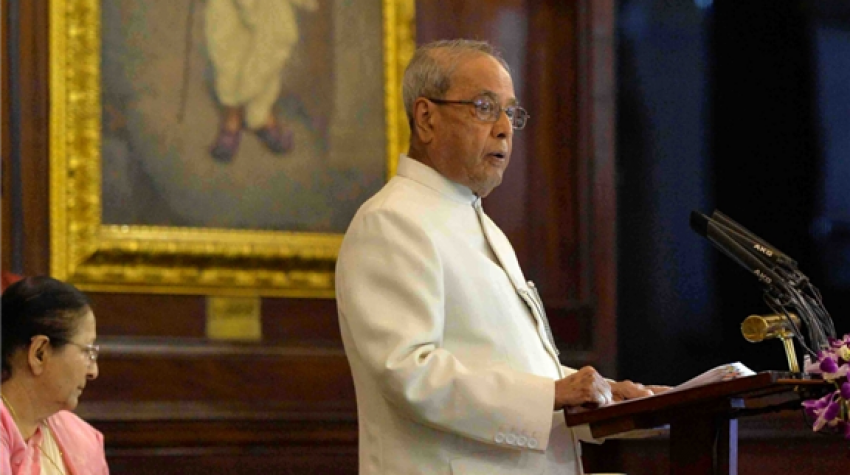 Two days before he demits office, President Pranab Mukherjee on Sunday went down memory lane as he delivered his farewell speech here, recalling his first day as member of Parliament as well as his past associations.

"With a sense of gratitude and a prayer in my heart, I take leave of you. I leave with a sense of fulfilment and happiness of having served the people of this great country through this institution -- as their humble servant," he said in his address to members of both the houses at the Central Hall of Parliament.

"As I retire from the office of the President of the republic, my association with Parliament also comes to an end. I will no longer be a part of Parliament of India. It will be with a tinge of sadness and a rainbow of memories that I will be leaving this magnificent building today," he added.

Reminiscing about his association with Parliament, he said: "When I first entered the portals of this hallowed institution 48 years ago, I was 34 years old.

"In July 1969, I came to Parliament as member of the Rajya Sabha, representing one of the six seats from West Bengal. My election to the Rajya Sabha took place on July 4 and the first session I attended was on July 22, 1969," said Mukherjee.

He said that his long innings in Parliament was both instructive and educative.

"I entered Parliament at a time when the Rajya Sabha was full of experienced parliamentarians, leaders of the freedom movement, many of whom were brilliant speakers -- M.C. Chagla, Ajit Prasad Jain, Jairamdas Daulatram, Bhupesh Gupta, Joachim Alva, Mahavir Tyagi, Raj Narain, Dr Bhai Mahavir, Loknath Mishra, Chitta Basu, and many others," he recalled the names of a few stalwarts.

"In fact, Bhupesh Gupta was truly a legend in the Rajya Sabha. Sardar Vallabhbhai Patel`s son Dahyabhai Patel, and daughter Maniben Patel represented the Swatantra Party in Parliament," he added.