Jet Airways, which also had a significant number of flights to Gulf region, including Dubai, has temporarily suspended operations due to cash crunch in mid-April. Dubai has two carriers, Emirates and Flydubai. The latter also flies to India. Air India, Air India Express, SpiceJet and IndiGo operate flights to Dubai. 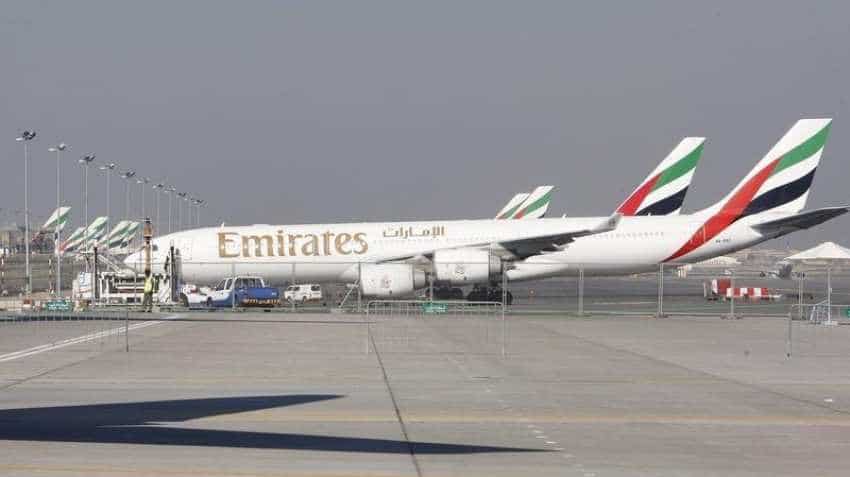 Emirates is looking for more seats to offer on the Dubai-India route, which has not seen an increase in bilateral rights for the last five years, Photo: Reuters

Gulf carrier Emirates is looking for more seats to offer on the Dubai-India route, which has not seen an increase in bilateral rights for the last five years, and expects discussions to restart between the two governments, a top official said. Emirates, the flagship carrier of Dubai, flies to nine destinations in India and has also entered into a preliminary pact for a code share with low-cost carrier SpiceJet. "The bilateral (air traffic) rights between India and Dubai is the biggest single problem. Now, the elections are over and the Modi government is back in power. I am hoping that the talks would (between India and Dubai) reopen," Emirates Airline President Tim Clark said here.

Bilateral rights refers to an agreement between two countries that allows each other's airlines to operate services with a specific number of seats. The existing bilateral rights allows carriers from Dubai and India to offer nearly 1,30,000 seats per week on their flights to each other's territory. "There has been no seat increase between India and Dubai for the last five years... Dubai-India is (one of) the most profitable routes. It was for Jet Airways, would be IndiGo for SpiceJet and Air India and Air India Express. Bless Them!," Clark said.

Against this backdrop, he said it makes a whole lot of sense for the Indian government to open up the opportunity. For instance, if Jet Airways had more access into Dubai, it would have alleviated the cash flow problems of the airline, he said. Jet Airways, which also had a significant number of flights to Gulf region, including Dubai, has temporarily suspended operations due to cash crunch in mid-April. Dubai has two carriers, Emirates and Flydubai. The latter also flies to India. Air India, Air India Express, SpiceJet and IndiGo operate flights to Dubai.

Indian airlines have been raising concerns about Gulf carriers taking away overseas traffic from the country. "What traffic are we taking away when they are flying full? That is a strange logic. "The biggest beneficiaries of the increased capacity (foreign flying rights) have been the Indian carriers. Now, what is stopping them from saying that India could have some more. I don't know. It does not make any sense to me. Lot of things do not make sense there and that is where we are," Clark said.
He also said that Air India had everything on a plate for 50 years but they could not perform and it is a "real pity".

"What has happened in the meantime with a population of 1.2 billion and transforming economy, Air India should have been the size of Emirates today with that market base," he noted. Emirates launched flights to Delhi and Mumbai from Dubai in 1985. Currently, it flies to nine Indian destinations -- Ahmedabad, Bengaluru, Chennai, Delhi, Hyderabad, Kochi, Kolkata, Mumbai and Thiruvananthapuram -? with more than 170 weekly flights. Speaking on the sidelines of a conference organised by International Air Transport Association (IATA) on Sunday, Clark expressed hope that with elections over, the current government would be able to focus more on the aviation sector.

On whether India is looking to protect its carriers, Clark wondered why would someone protect a market that is giving high returns. "Yes, you can keep other carriers out, but during the whole of liberalisations that we saw in the 10 years between 2004 and 2014, India was on the move. Airlines were coming in, things were happening and suddenly it was all shut down. It is a great disservice to the economy of India and also the people of India, who are travelling. "Look at the people we take from the US and everywhere. Air India should have been there in places in the US, South America, South Africa and at all places, where we are going. The opportunity is there and it is for everybody," he said.

Regarding the partnership with SpiceJet, Clark expressed hope that it would bring some good results for Emirates. Code sharing allows an airline to book its passengers on its partner carriers and provide seamless travel to destinations where it has no presence. An interline arrangement refers to a pact to issue and accept tickets for flights that are operated by the partner airline.

Emirates Group employs more than 13,707 Indian nationals globally, constituting 21 per cent of its workforce. The carrier flies to 159 destinations in 86 countries and territories, according to a press release issued by the airline in April. Meanwhile, India and China are projected to account for nearly half of the air passenger growth worldwide over the next two decades, with travellers coming from all walks of life, according to global airlines' grouping IATA.