Electrification to reach every Door step till 2019- Saubhagya scheme

The Government has been able to electrify 8.8 million households between April-August 2018 which is a substantial number 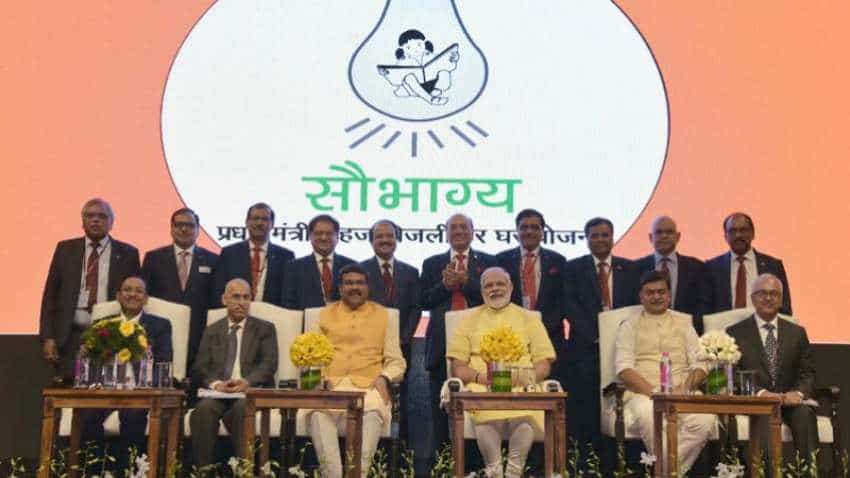 "SAUBHAGYA" scheme which was launched in September 2017, targeted 100% electrification of households in the country, Image source:PIB
Written By: ZeeBiz WebTeam
RELATED NEWS

Government had declared that every Indian household to get electricity by 2019 and for that the work is in progress.

About 80 percent of rural households have been electrified as on 12 February, 2018, according to the real-time dashboard of Pradhan Mantri Sahaj Bijli Har Ghar Yojana or saubhagya scheme.

As per recent study from Care rating "SAUBHAGYA" scheme which was launched in September 2017, targeted 100% electrification of households in the country. Out of the 32.8 million un-electrified households covered under the scheme, there are 19.5 million households remaining to be electrified by December 2018.

According to data when the scheme was announced 13.2 million Households have been electrified post October 2017.

The Government has been able to electrify 8.8 million households between April-August 2018 which is a substantial number.

Below are the details of the electrified household in states as a percentage of total households,

Among all the states Madhya Pradesh has the higest rate of electricity but the fastest growth of electricity is in the state of Jharkhand with 38% of electricity growth from the May 2018 to August 2018. It is assumed by this numbers that the government will achieve its target of reaching every Indian household to get electricity by 2019.

- We retain our electricity generation outlook for FY19 i.e. growth of 6.0-7.0%. Rural electrification led by “Power for
All” is expected to drive demand for electricity.

- AT&C losses improvement looks unlikely. AT&C losses would remain around 20% during the year due to
implementation of “SAUBHAGYA” Scheme. Lack of PPAs for the conventional energy producers would continue as a
result of high AT&C losses.