Education, healthcare, pilgrimages not to be taxed under GST

Adhia said the endeavour would be to maintain the current tax incidence on a commodity or service at the same level in the new Goods and Services Tax (GST) regime. 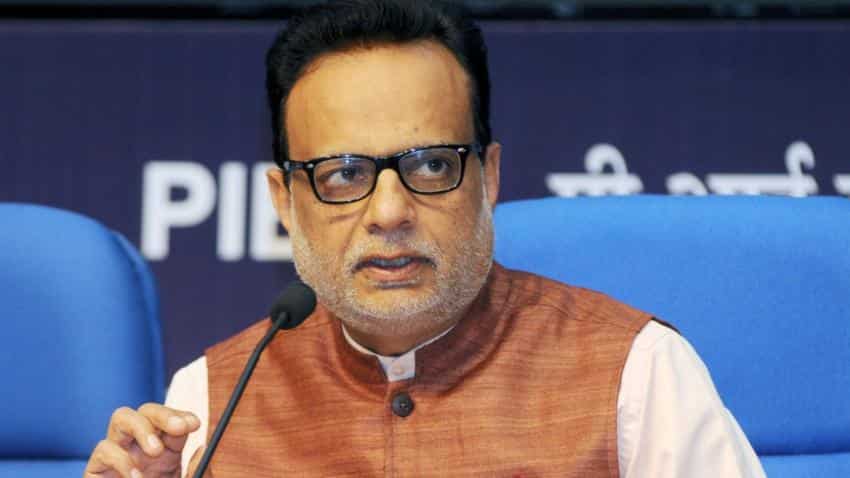 Education, healthcare and pilgrimages will continue to be out of service tax net even under the GST regime as the Centre is against giving any shock in the first year of the rollout by bringing in new services.

Besides making a strong case to the GST Council for not touching services that are out of tax net currently, the Centre will also pitch for keeping concessional rate for services like transport at the current level, Revenue Secretary Hasmukh Adhia told PTI in an interview.

The GST Council, headed by Union Finance Minister Arun Jaitley and comprising representatives of all states, is scheduled to meet in Srinagar on May 18-19 to decide on rates various good and services will be charged in the new indirect tax regime that is being targeted for rollout from July 1.

Adhia said the endeavour would be to maintain the current tax incidence on a commodity or service at the same level in the new Goods and Services Tax (GST) regime.

GST will subsume central levies like excise duty on manufactured products and service tax on rendering of services as well as state VAT on sale, to make for a national sales tax that will be levied at the time of consumption of a product or service.

Adhia said the approach for the GST rollout would be to avoid any shock in the first year and any review for inclusion of a service or change in rate could be done in the second or third year of the implementation based on revenue realisation.

"Our entire purpose will be that we don't upset anything that is there now. We will try to do some smooth landing. So we will recommend to GST Council that whatever is the existing exemption list for service tax they should continue because we cannot do too many things at the same time," he said.

Currently, there are 17 items in negative list of services on which service tax is not levied.

On top of that there are over 60 services, like religious pilgrimage, healthcare, education, skill development, journalistic activities which are exempt from service tax.

Rajat Mohan, Director at tax consultant Nangia & Co, said, "GST is the biggest change that our country would see in last 50 years. I see that it was imperative that the government should continue exemptions on the current list of services which are tax neutral under the service tax regime."

"I am ecstatic that there would be no levy of GST on services rendered by Government, Reserve Bank of India, public conveniences, educational institution, services relating to agriculture, transmission or distribution of electricity, renting of residential dwelling for use as a residence, burial, healthcare, specified schemes of general insurance etc," Mohan said.

Mohan, however, felt that this might lead to cascading effect of taxes, but by maintaining the status quo government has ensured that neither the consumer nor the small and medium-sized companies are not in a state of shock.

Asked if these services would be kept exempt from GST, Adhia said: "We presume so... We will recommend to the GST Council that whatever is in the exemption list they should continue in the first year."
He said the main service tax rate will be standard rate of 18%.

"But there may be items of services where abatement (concessional rate) is given for valid reasons. So those items, because there will be no provision for abatements (in GST), we will have to fit them in the rates closed to the present incidence," he said.

Adhia said transport sector, for example, currently gets abatement of 60% and only 40% of the present service tax rate of 15% is being collected.

And so, the tax in the GST will be fixed in the closes bracket of 5%, he said.

Asked if rates for certain services will go up because current tax rate is 15% and the nearest bracket that would not upset the revenue collections is 18%, he said, "some services may become a little more expensive."

The exact ones that become expensive or cheaper will be decided by the GST Council, he said.

On the issue of crude oil, petrol, diesel, aviation turbine fuel (ATF) and natural gas being kept out of GST net for the time being by continuing with existing taxes of excise and VAT, Adhia said the GST Council decided that to give states comfort of revenue collections.

"For them it is some kind of a risk insurer. That 30% income is already assured. Now 70% (of products and services) they are putting it into the common kitty," he said.
States, he said, want to wait and see how much revenue is generated in the GST regime.

"So, after a year or two if they find that the buoyancy (in tax revenues) is good, they could very well like to bring it (petroleum products) in GST," Adhia added.