Edelweiss Securities 'most bullish in a decade' over this sector; see if you can benefit

Edelweiss conviction is based on rising number and size of digital deals, recovery of spends in BFSI, retail and utilities verticals, which contribute nearly 53 per cent to Indian IT services’ revenues; and front-ending of local hiring mitigating dependency on US H1B visas. 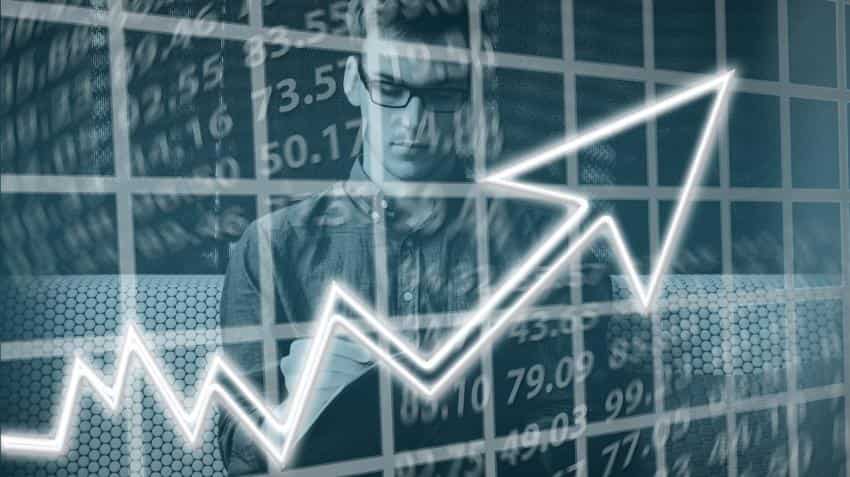 Nifty IT index is up 13 per cent against 0.6 per cent drop in frontline Nifty50 index on a year-to-date basis. Image source: Reuters
Written By: ZeeBiz WebTeam
RELATED NEWS

At a time when benchmark indices Sensex and Nifty were going through a phase of correction, there was one sector that outperformed them both by a big margin even as it remained a laggard for most part of 2017 and before. The sector is none other than Information Technology! What is more, it just received a strong 'bullish' rating by brokerage Edelweiss Securities. Significantly, on a year-to-date basis, Nifty IT index is up 13 per cent against 0.6 per cent drop in frontline Nifty50 index. Surely, a money-making opportunity to be covetted.

The broking firm visited US Bay Area (Ground Zero) to gain deeper insights into the IT sector. "Our interactions with a large sample of technologists and industry specialists convinced us that outlook on the Indian IT sector is the most bullish in a decade," it averred. Edelweiss Securities reiterated a ‘BUY’ on Infosys, TECH Mahindra and HCL Tech, but noted global slowdown and escalation in global trade wars could be key risks to their thesis on IT stocks.

Edelweiss conviction is based on rising number and size of digital deals, recovery of spends in BFSI, retail and utilities verticals, which contribute nearly 53 per cent to Indian IT services’ revenues; and front-ending of local hiring mitigating dependency on US H1B visas. Potential rupee depreciation is likely to be additional margin tailwind.

While they were tight lipped on the quantum of deal wins, everyone was unanimous that the current deal momentum is the highest, compared to past several years, led by digital, said Edelweiss. The significant deal flows have been led by sharp recovery in spends by brick-and-mortar retailers, IoT wave in manufacturing and energy sector’s capex cycle bouncing back. Healthcare was the only sector on which commentary was guarded, it added.

Edelweiss believes there appears to be much stronger spending momentum in BFSI, retail and energy verticals than communicated by large Indian IT companies. If the above verticals—contribute almost 53 per cent to Indian IT services—recover, growth acceleration will be much faster and sharper than anticipated, the brokerage pointed out.

Edelweiss noted that the H1B filings have plummeted over the past two years. This implies a jump in local hiring to insulate the business from negative outcome of unfavourable visa regulations, it said.

The fact that there has been a substantial jump in cash distribution by cash-rich largecap IT firms, this has made the IT sector ripe for re-retaing. With robust cash flow generation and limited possibility of large acquisitions or setting up of huge campuses or delivery centers, higher distribution to shareholders is an imperative, said Edelweiss.