Economy bottomed out, on the rise again: Niti Aayog

The good news is that this has all started changing. Investment cycle has turned. The third quarter results numbers are very good and that was the bottoming out of our economy, Rajiv Kumar said 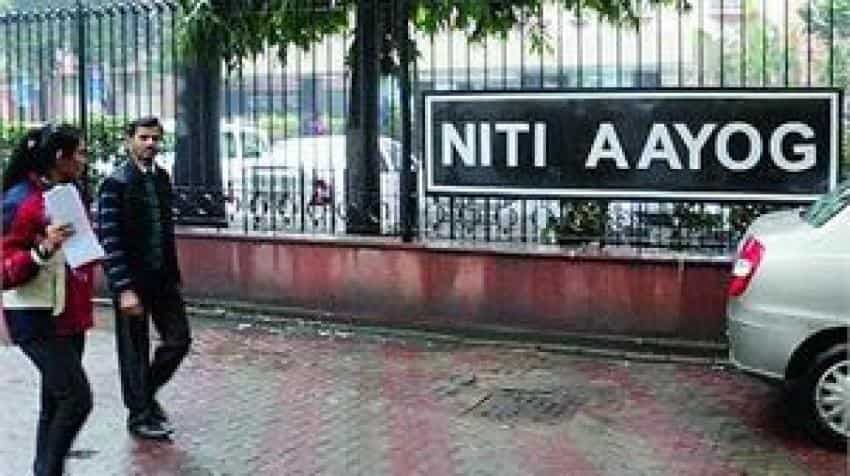 Rajiv Kumar said students should think themselves as being "creators" and not just as job seekers. Image source: PTI

The country's economy, which had witnessed slow growth due to decline in private investment and other factors, is on the rise again, Niti Aayog vice chairman Rajiv Kumar said here today. "The good news is that this has all started changing. Investment cycle has turned. The third quarter results numbers are very good...That was the bottoming out of our economy. The economy is on the rise again," he said, speaking at a conference at the Maulana Azad National Urdu University.

According to Kumar, the students should think themselves as being "creators" and not just as job seekers. Observing that self-employment has generally been seen in the country as a residual category, Kumar said the self-employed youth, in the coming days, would be highly qualified and adept at latest technologies.

"They will be using Internet of things (IoT) to deliver to the society what the society needs at a rapidly changing pace," he said. Employment should get due attention and that job creation would contribute to GDP growth as well, he said.

The Niti Aayog vice chairman informed that employment data would soon be generated quarterly and first such data would be out in November this year. "The practise has been to generate employment data every five years," he said, adding, "The Niti Aayog would also like to generate 'payroll data' based on inputs from employers on their plans vis-a-vis recruitment, which would help in good policy making."

According to Kumar, the jobs created by "new employers" in the country like taxi companies and financial institutions should also be taken taken into consideration in employment data.

Ahead of Budget 2019 presentation, the government says this on joblessness report controversy