The Economic Survey 2018-19 proposes encouraging skill development by Introduction of the skill vouchers as a financing instrument to enable youth obtain training from any accredited training institutes. 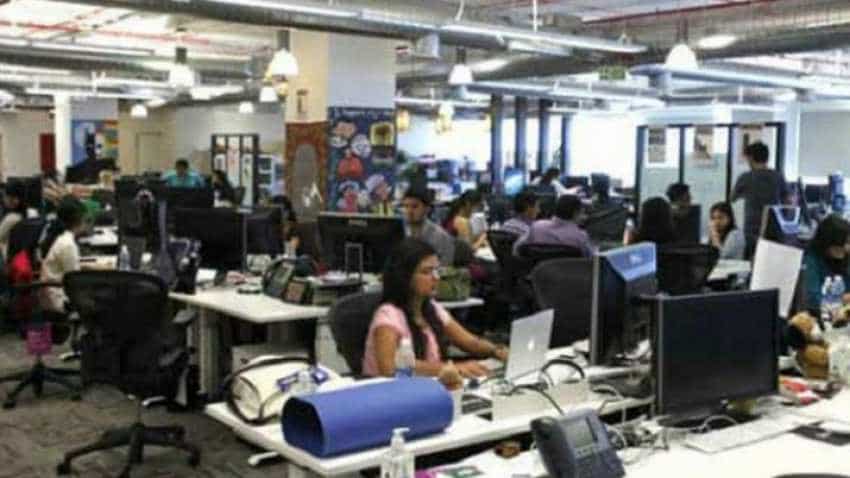 Economic Survey 2018-19: Net employment generation in the formal sector was higher at 8.15 lakh in March, 2019 as against 4.87 lakh in February, 2018 as per EPFO. Representational Image, source: PTI
Written By: Arun Kumar Chaubey
Edited By: Harish Dugh
RELATED NEWS

The Economic Survey 2018-19 tabled in Parliament today by Finance Minister Nirmala Sitharaman departs from traditional Anglo-Saxon thinking by viewing the economy as being either in a virtuous or a vicious cycle, and thus never in equilibrium. It stated that public investments in social infrastructure like education, health, housing and connectivity is critical for inclusive development. The key highlights are:

2. Substantial progress in both quantitative and qualitative indicators of education is reflected in the improvements in Gross Enrollment Ratios, Gender Parity Indices and learning outcomes at primary school levels.

3. The Survey proposes encouraging skill development by Introduction of the skill vouchers as a financing instrument to enable youth obtain training from any accredited training institutes.

4. Involving industry in setting up of training institutes in PPP mode; in curriculum development; provision of equipment; training of trainers etc. Personnel of Railways and para-military could be roped in for imparting training in difficult terrains.

5. It also proposed to create a database of Instructors, skill mapping of rural youth by involving local bodies to assess the demand-supply gaps are some of the other initiatives.

8. Alternative healthcare, National AYUSH Mission launched to provide cost effective and equitable AYUSH healthcare throughout the country to address the issue of affordability, by improving access to these services.

9. Employment generation scheme, MGNREGA is prioritized by increasing actual expenditure over the budgetary allocation and an upward trend in budget allocation in the last four years.