The survey pointed out that low level of tax collections by the local governments in rural areas is posing challenge in reconciling fiscal federalism and accountability. 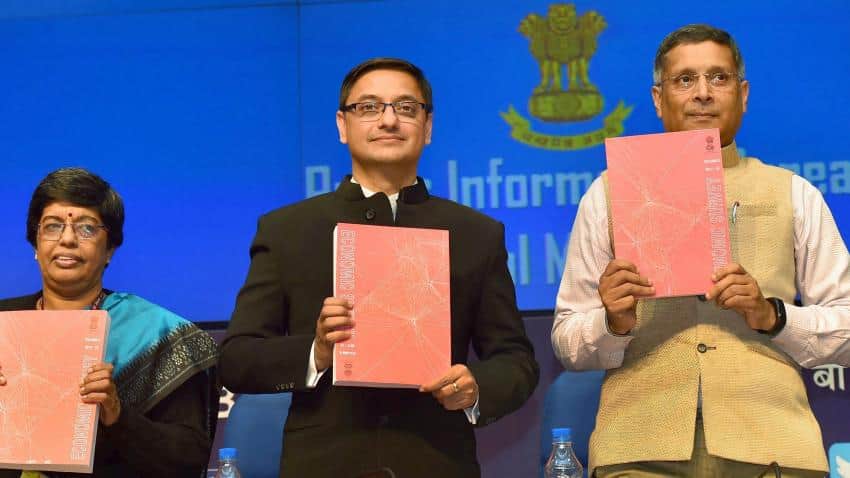 Is there a low equilibrium trap if fiscal federalism is not achieved? This was the question posed by the Economic Survey 2017-18 tabled by Union Minister for Finance and Corporate Affairs Arun Jaitley in Parliament today.

The survey pointed out that low level of tax collections by the local governments in rural areas is posing challenge in reconciling fiscal federalism and accountability.

Panchayats received 95 per cent of their revenues from the devolved funds from the Centre/State while generating only 5 per cent from own resources.

"Panchayats in states like Kerala, Andhra Pradesh and Karnataka do collect some direct taxes while villages in states like Uttar Pradesh almost entirely depend on transfer funds. This is because some state governments have not devolved enough taxation powers to the Panchayats- permissible taxes for Panchayats include Property and Entertainment Taxes but not Land Taxes or Tolls on roads," according to the survey.

In some other instances, even though the rural local governments have been given powers to tax, land revenue collection remained low between 7 to 19 per cent due to low base values applied to properties and low rates of taxes levied, the survey said.

"In rural areas of Kerala and Karnataka which are ahead of others in devolving powers to Panchayats, the House tax revenue collection is only one third of the potential. The Centre which collects these taxes in some Union Territories also did not fare better and was able to collect only 30 per cent of the potential revenue," the survey added.

Further, the survey pointed out that economic and political development has been associated with a rising share of direct taxes in total taxes.

"Direct Taxes account for about 70 per cent of total taxes in Europe while in India the figure remained around 35 per cent. Unlike in other countries, reliance on direct taxes in India seems to be declining, a trend that will be reinforced if the Goods and Services Tax (GST) proves to be a buoyant source of revenue," the survey said, while highlighting that fiscal decentralization is often embraced as not just a desirable economic but also as a political and philosophical principle.

Quoting Rabindranath Tagore, the survey underlined that fiscal decentralization captures the idea that spending and tax decisions must reflect local preferences as far as possible. However, in India the states generate very low share of about 6 per cent of their revenue from direct taxes while the figure is 19 per cent in Brazil and 44 per cent in Germany.

While calling for better data and evidence to evaluate the impact of 73rd and 74th Constitutional Amendments (that devolved more powers to the rural and Urban local governments respectively) on India’s federal structure, its governance and accountability, the survey concludes that the local governments in India in tier 2 and tier 3 rely much more on devolved resources. They generate less tax resources and collect less direct taxes. The reason does not seem to be so much that they don’t have enough taxation power. Rather, they are not fully utilizing existing taxation powers.

The survey poses questions – is the problem a potential unwillingness to tax by the state, stemming possibly from the close proximity between the state and the citizens? Are citizens able but unwilling to pay more because they are dissatisfied with the quality of services they are receiving? Or is it an equilibrium desired by all with Centre and states using their devolution powers to control lower levels which are unable to tax the proximate citizens and need outside resources?

The survey says answers to these questions must inform future discussions of devolution and decentralization.