Sandip Somany said “FICCI completely agrees with the prognosis of Economic Survey that identifies the need to foster inter-linkages to meet the macro challenges of growth, demand, exports and job creation and these will have to be driven through investments, especially private investment." 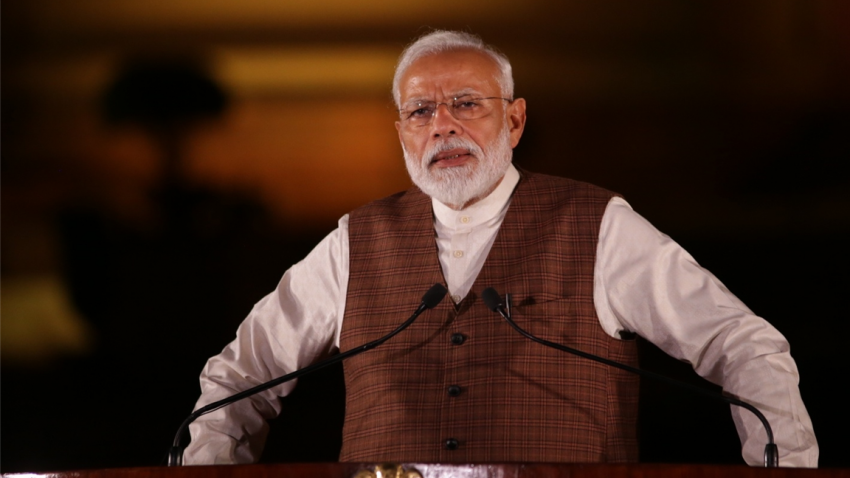 The Economic Survey has noted an improvement in the performance of the banking sector with a decline seen in the NPA ratios and recoveries through the IBC process. Image source:
Written By: Arun Kumar Chaubey
Edited By: Harish Dugh
RELATED NEWS

The Economic Survey 2018-19 tabled today in Parliament by Finance Minister Nirmala Sitharaman clearly emphasises the need to shift gears to accelerate the GDP growth to 8 per cent to achieve Prime Minister Narendra Modi's vision for 5 trillion-dollar economy by 2024-25.

On the Survey, FICCI President Sandip Somany said “FICCI completely agrees with the prognosis of Economic Survey that identifies the need to foster inter-linkages to meet the macro challenges of growth, demand, exports and job creation and these will have to be driven through investments, especially private investment."

He said the Economic Survey provides an appropriate policy direction that the government should adopt to achieve the goal of sustained growth and development, adding "We hope that tomorrow’s Union Budget will accordingly present proposals that can resolve the current economic challenges holistically.”

According to Somany, “Though the GDP growth projection as per Economic Survey for 2019-20 at 7 percent is amongst the highest in world, yet it is lower than the desired growth of 8 per cent plus required for achieving the goal of 5 trillion-dollar economy."

Strengthening investment cycle has to be the topmost priority and we hope that the Union Budget will provide specific measures to boost investment, consumption and savings rate in the economy, said Somany, adding "The deceleration in these three key parameters over the last few years has been the reason behind growth moderation and there is a need to revive these for building the growth momentum going ahead.”

The Economic Survey has noted an improvement in the performance of the banking sector with a decline seen in the NPA ratios and recoveries through the IBC process. At the same time, it has highlighted that the liquidity situation continues to remain tight and financial flows remain constrained.

Somany said, “FICCI is of the opinion that the flow of finance to the productive sectors must continue unhindered to facilitate the growth of private investment. Government must look at measures for improving the liquidity scenario in the financial sector, particularly in the NBFC segment. It is imperative to bring down the cost of capital for businesses through a complete transmission of the policy rate cuts.”

He further said that “The Survey proposes reduction in economic policy uncertainty to foster a sustainable investment climate. It suggests having consistent policies with forward guidance, which has indeed been advocated by FICCI for a very long time. We hope that a concerted policy approach with such overarching guideline will be adopted at all government levels. This is key to strengthen the trust between government and industry, and hence to give a boost to animal spirits of businesses in the economy.”

As the survey identifies the key priorities as broadening and deepening the direct tax base and stabilisation of goods and services tax, besides emphasising on improving the quality of expenditure. Acknowledging that Budget 2018-19 was presented with an optimistic investment and trade scenario, the survey states that the Government has been able to contain the fiscal deficit at 3.4 per cent of GDP through compression of Government expenditure.

Talking about challenges of slowing growth with attended impact on revenues, Somany said, "We feel that this should not lead to a compromise on the productive and developmental expenditure, even if this means a slight recalibration of the fiscal deficit target.”

On the survey's suggestion to reorient policies to enable growth of MSMEs and encouraging small firms to grow bigger in scale and size, he said, “FICCI has for long advocated deregulating the labour law restrictions. Flexible labour market provides an enabling environment for growth of industry and greater job creation."

"We thus hope that the government will speed up the process of labour law reforms and provide the much-needed flexibility to employers. Further, the suggestion to recalibrate Priority Sector Lending guidelines for direct credit flow to young firms in high employment elastic sectors is also noteworthy and government should consider it,” he added.

On the survey's suggestions on agriculture, the FICCI President stated that the suggestions are in the right direction and we look forward to adequate budget allocation in these areas in tomorrow’s Budget.