Economic growth of over 8% for 30 years will bring the best of the world to India: PM Modi

PM Modi said, “India is among the fastest growing economies in the world. The world is in recession. Despite the purchasing capacity of world going down, we have a growth rate of 7.6%.” 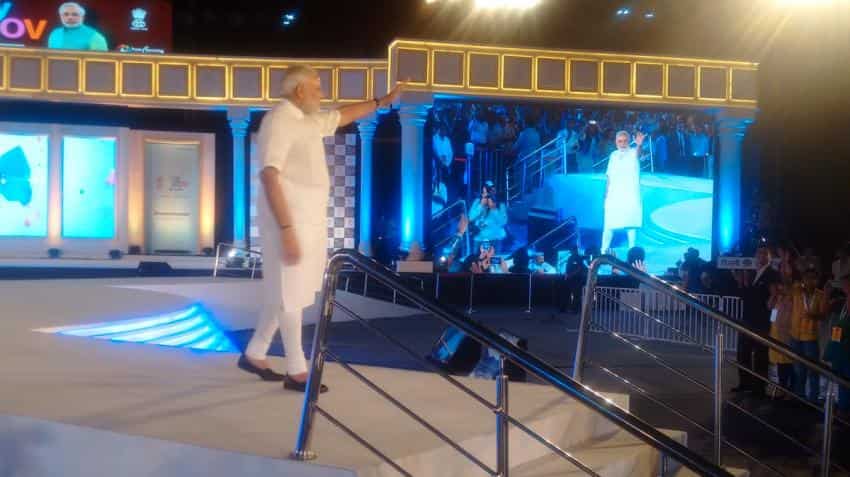 Full text: Here's what PM Modi had to say in Kenya

Prime Minister Narendra Modi on Saturday interacted with the nation in a first townhall by an Indian Prime Minister at the Indira Gandhi Stadium Complex, New Delhi said that an economic growth of more than 8% for 30 years will bring the best of the world to India.

Answering a question regarding the country's growing economy PM Modi said, “India is among the fastest growing economies in the world. The world is in recession. Despite the purchasing capacity of world going down, we have a growth rate of 7.6%.”

He added, “In a country like India, if we promote tourism industry, then the ancient tradition that we have in our country will convert into our economy. And that is why Taj Mahal, which was built years ago, is the mode of employment for many in this country.”

When asked about the health sector he said, “We need to focus on preventive and affordable health care. So much money is spent on advertising about the importance of vaccinations, and even then so many children aren't vaccinated. Now Health Department is reaching out household to household to reach everyone. We have introduced insurance in budget; so that the poorest of the poor receives good health care.”

He also responded to question on the plight of farmers in the country by saying that if there is one sector that can power the economy it's the agriculture sector. “Our aim is to give a land's 'Health Card' to a farmer so that the farmer knows what his farm is capable of. To educate the farmer on what kind of fertiliser to use, or to avoid, is what the government is stressing on,” he said.

The event marks two years of MyGov, the government's citizen engagement platform. A new app was also launched to allow mobile users to connect with website of the Prime Minister's Office.

The event will see participation from various stakeholders including Cabinet ministers, senior officers from Ministries and Departments, government organisations, representatives from media, IT and social media industry and citizens who have participated in the MyGov initiatives.MyGov initiatives.

Full text: Here's what PM Modi had to say in Kenya