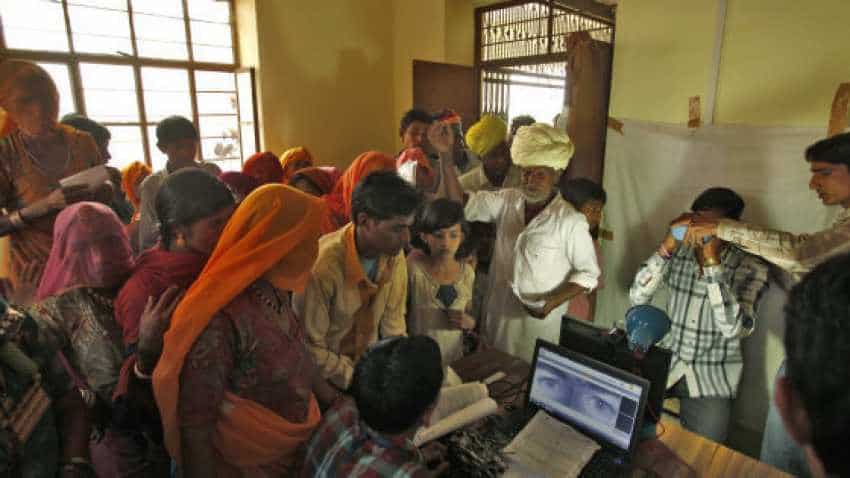 7th Economic Census: It is estimated that one persons can survey about 20-25 units in a day. Representational Image, source: Reuters

There is a massive job opportunity for those who wish to earn through part time employment. All you need need to have is basic educational qualification,  communication skills and interest in meeting people. The opportunity has come in the wake of the 7th Edition of Economic Census commencing in June 2019. There will be a requirement of three lakh supervisors and 9 lakh enumerators to accomplish the mammoth task, and the responsibility for this has been assigned to Common Service Centre (CSC) of IT Ministry. CSC CEO Dinesh Tyagi told Money Bhaskar that out of the 9 lakh enumerators, 8 lakh enumerators have already been employed for three months, while one lakh more enumerators will be required. Therefore, those who are interested can contact the village level entrepreneurs (VLE) of their area, he added.

According to Dinesh Tyagi, the 7th EC will continue for three months, and for this three lakh village level entrepreneurs (VLE), already working for CSC, will play the crucial role of supervisors, and 9 lakh enumerators will do house-to-house survey under their supervision.

According to Tyagi, the enumerators will be paid as per their work, and for the survey of one housing unit they will receive Rs 10, if that housing unit is also commercial the payment will be Rs 16. However, for surveying one commercial unit the payment is Rs 20. It is estimated that one persons can survey about 20-25 units in a day.

The 7th EC would be done through a Mobile App so that accurate result will be declared in a limited period after feeding the data. Mobile App will already be fed with many questions related to survey. Therefore, for those who want to earn in coming summer season, this is a good opportunity.

According to Tyagi, the training process for as many as 12 lakh enumerators have already commenced and it will be completed in this month. The census will cover all types of businesses so that the picture of unorganised sector will be clear because the government also want to cover and register the workers engaged with the unorganised sector. Such workers will get a unique number which will help them receive all the facilities extended by the government.

Meanwhile, National Training Workshop of Master Trainers for 7th Economic Census was organized by the Ministry of Statistics and Program Implementation (MoSPI) at India Habitat Center in the national capital on Tuesday. The objective was to impart training to Master trainers (enumerators and supervisors) engaged in the 7th EC, according to a government statement.

The participants were trained on the key concepts and definitions, processes, digital platform and application to be used for the enumeration (data capture and supervision) in the field, said it, adding that the workshop was attended by Secretary, MoSPI, DG MoSPI, CEO, Common Service Centres- Special Purpose Vehicle, CSC-SPV and other senior officers of the ministry, State Governments and CSC-SPV.

7th Economic Census -2019 is being conducted by MoSPI to provide disaggregated information on various operational and structural aspects of all establishments in the country. Over 6000 State and District level training workshops will be organized during the month of May and June 2019.

MoSPI has partnered with Common Service Centres, CSC e-Governance Services India Limited, a Special Purpose Vehicle under the Ministry of Electronics and Information Technology as the implementing agency for 7th EC. The results of the exercise will be made available after verification and validation of the fieldwork.

Will retail inflation be in line with RBI's target?