In the past 24 hours, earthquakes have struck two states - Jammu and Kashmir and Gujarat. 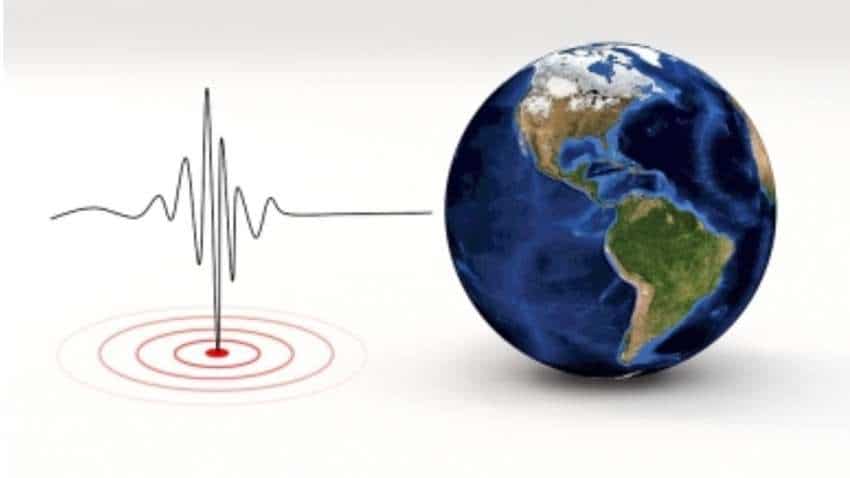 On Sunday night, an earthquake of 5.3 magnitude shook parts of Gujarat with its epicentre near Bhachau in Kutch district. IANS photo.
Written By: Prashant Singh
Edited By: Harish Dugh
RELATED NEWS

On Sunday night, an earthquake of 5.3 magnitude shook parts of Gujarat with its epicentre near Bhachau in Kutch district, officials said. An official of the Institute of Seismological Research (ISR) said that the tremor was recorded at 8:13 pm. The quake was felt in cities like Kutch, Rajkot, Ahmedabad and Patan, where many people rushed out of their houses.

"Its epicentre was located 13 kilometres north-north east from Bhachau in Kutch district," he said. The National Center for Seismology has pinpointed the exact location of the tremor in Kutch near Bhuj. No report to damage to property or life is reported so far. The short span tremor triggered panic and people came out on to the streets for safety.

Gujarat Chief Minister Vijay Rupani spoke to district collectors of Kutch, Rajkot and Patan and ordered them to take a stock of the situation and assess the damage if any. The Gujarat Chief Minister also instructed the Disaster Management Cell's control room to be operational and be on standby.

Earlier, Director of the National Centre for Seismology (NCS) had said that there is no need for panic over the recent seismic activities in the Delhi-NCR region. Director B.K. Bansal said: "However, it is important to undertake preparedness and mitigation measures to reduce the earthquake risk."

Bansal was speaking at a meeting convened by the National Disaster Management Authority (NDMA) to discuss the various mitigation and preparedness measures to reduce the earthquake risk in the Delhi-NCR region. The NCS Director said that given the seismic history of Delhi and its vicinity, the occurrence of minor earthquakes in Delhi-NCR is not unusual.

However, there is no proven technology in the world wherein earthquakes are predicted with certainty in terms of its location, time and magnitude.

The NDMA has requested the states to ensure compliance of building bylaws to make upcoming constructions earthquake resilient and to avoid addition of vulnerable building stock.