Earthquake in Delhi-NCR: The national capital region was hit by a major earthquake on Tuesday afternoon and tremors were felt in New Delhi, Noida, Chandigarh and Kashmir. 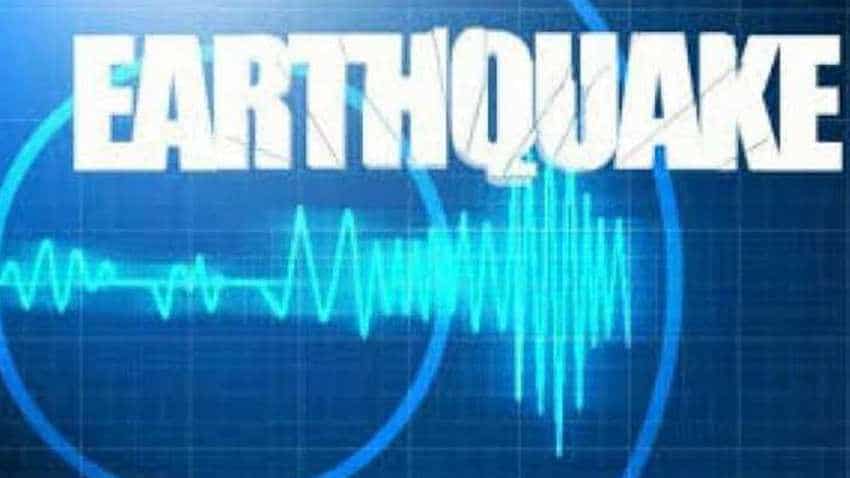 The termors were felt in different regions of the national capital region including New Delhi and Noida. Source -
Written By: ZeeBiz WebTeam
RELATED NEWS

It has been reported that tremors were also felt in Chandigarh, Kashmir as well as several towns in Pakistan, including Islamabad and Khyber Pakhtun region. The European-Mediterranean Seismological Centre (EMSC) has confirmed that the magnitude of earthquake was 6.1. The epicentre of the earthquake is reported to be 173 km North West of Lahore, Pakistan.

"Earthquake of magnitude 6.1 at Richter scale strikes 173 km North West of Lahore, Pakistan," EMSC said. There have been no reports of any loss of life or property from the quake. Similar tremors were also reported from varioues cities of Pakistan. As soon as the regions were hit by the earthquake, many users even took to social media to share videos and images of the same.

The Indian Meteorological Department (IMD)'s reading was different to that of EMSC said an earthquake of magnitude 6.3 on the Richter scale hit the Pakistan-India border region at around 4:30 pm.