As part of its efforts to build concensus with the states on GST launch, the previous Narendra Modi government had decided to exclude five petroleum products -- crude oil, petrol, diesel, ATF and natural gas -- from the list of items placed under GST, but included products such as cooking gas, kerosene and naphtha in the new regime. 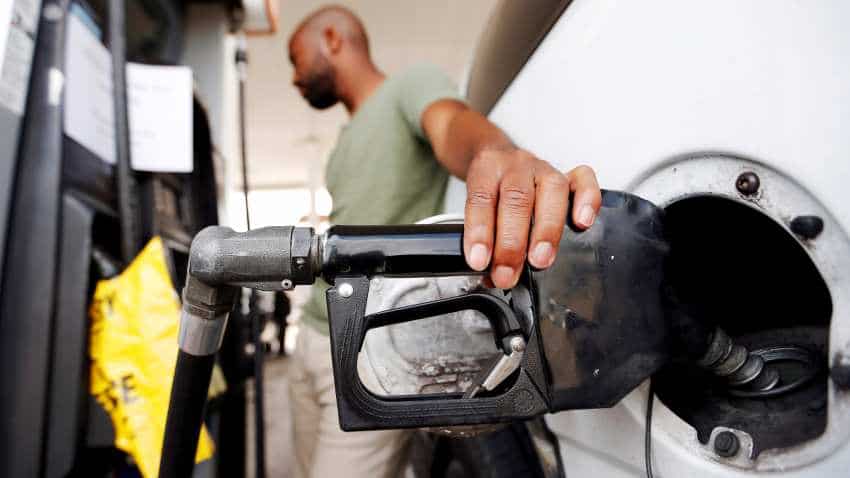 The Ministry of Petroleum and Natural Gas has already put a request for their inclusion in the indirect tax system, Photo: Reuters
Written By: IANS
RELATED NEWS

At least two out of the five petroleum products, including aviation turbine fuel or ATF and natural gas, are likely to be among the first set of petro products to be included in the Goods and Services Tax (GST) fold ahead of an earlier agreed schedule. Sources said that the prospect of the two products being included into the GST fold has brightened as the government has started consultations to shift to GST 2.0, which will have fewer rates and limited exemptions.

As part of this, the Finance Ministry has started preparing ground for the next round of discussions at the GST Council with proposal for including gas and ATF into GST fold first before evolving consensus on other petroleum products.

The Ministry of Petroleum and Natural Gas has already put a request for their inclusion in the indirect tax system and the Finance Ministry could consider placing the proposal in the next round of meetings of the GST Council.

As part of its efforts to build concensus with the states on GST launch, the previous Narendra Modi government had decided to exclude five petroleum products -- crude oil, petrol, diesel, ATF and natural gas -- from the list of items placed under GST, but included products such as cooking gas, kerosene and naphtha in the new regime.

This created a messy situation for the companies, as they were required to comply with both the old and new tax regimes. Moreover, tax credits are not transferable between the two systems.

A member of the GST Council had earlier said that though petroleum products were not kept out of GST, its inclusion in the regular tax system may have to wait at least for a year by when the revenue impact of GST would be better known.

The revenue situation of GST this year is not healthy, which could build some resistance against any move to forego further revenues by the states by way of lower taxation in the oil sector.

The government is hoping that GST collections will be well over the Rs 1 lakh crore mark going ahead. However, GST collections so far this tear have not been good with revenues on this count falling to a 19-month low of Rs 91,916 crore in September, indicating deep seated economic slowdown.

In April, GST collections had shot up to a record level of Rs 1.13 lakh crore, but thereafter there has been a consistent fall.

"ATF may be the first among the petro products still outside GST to be included in the indirect tax regime. Inclusion of natural gas could be next or may be done simultaneously with ATF," said a government source privy to the development.

The jet fuel`s inclusion in GST would allow airlines to take input tax credit on the GST paid, thus bringing down the effective cost.

Similarly, GST levy on natural gas would help state-run oil companies such as ONGC, IOCL, BPCL and HPCL to save tax burden to the tune of Rs 25,000 crore as they would get credit on taxes paid for inputs and services. Tax credits are not transferable between the two different taxation systems.

Experts said that the ATF price would come down if it is kept in the 18 per cent GST bracket and no other surcharge is levied. The lower fuel cost would mean ticket prices going down for air-travellers.

It will benefit corporate travellers the most as they would be able to claim credit on GST paid, besides their effective tax rate would also come down. Fuel accounts for nearly 30-40 per cent of an airline`s operating cost.

Inclusion of gas would not pose a challenge for the GST Council as it is largely an industrial product where a switchover to the new taxation would not be difficult. The revenue implication for the states is also low in the case of this switchover.

Earlier, Oil Minister Dharmendra Pradhan had also made a strong case for the inclusion of natural gas in GST, saying that if polluting coal can be included, the environment-friendly fuel certainly deserves a place in the new tax regime. He also favoured bringing other petro products under the GST gradually.