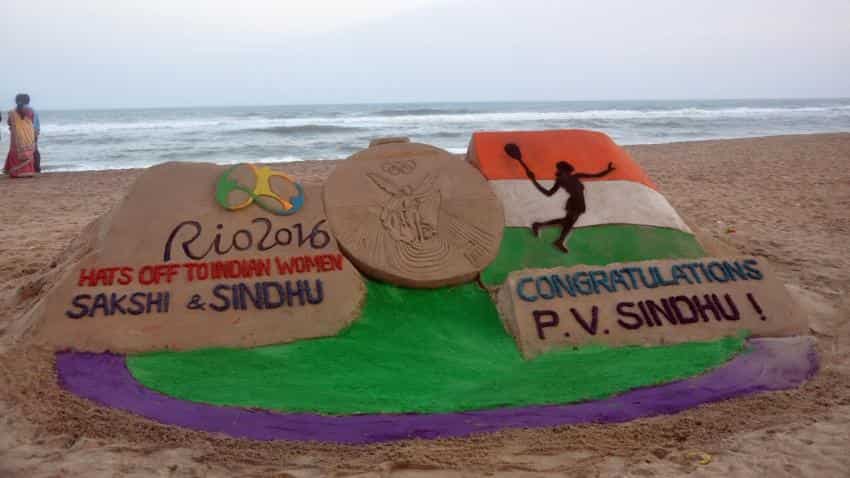 India's medals per capita calculation ranked it at the far bottom of the tally at number 86. Photo: IANS

India won two medals thanks to P V Sindhu winning the silver in the women's badminton final and Sakshi Malik clinching the bronze in wrestling. While the wins were widely celebrated in India, we returned home with only two medals despite having a 120-athletes-strong contingent.

This means, each of the medals won by India in Brazil, was representative of half the population. India's medals per capita calculation ranked it at the far bottom of the tally at number 86. The calculations were carried out by medalspercapita.com.

While 206 countries participated in the Rio Olympics 2016 plus one refugee team, India, a country of 1.2 billion people, finished on the 64th spot in the medals tally.

According to medalspercapita.com, India has a medals per capita (population represented by each medal) of 665 million (655,525,263).

The numero uno rank went to the little island of Grenada located in the South-Eastern Caribbean Sea. With a population of 106,825, the one silver medal it won, puts it on the top of the list. 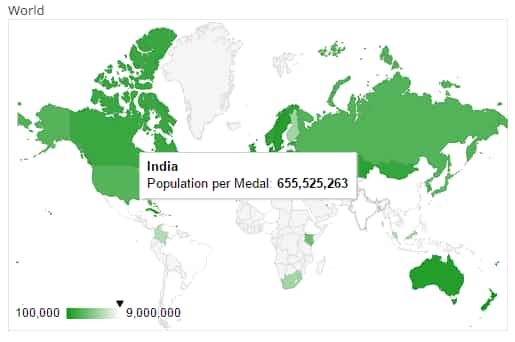 Bahamas, which won two medals, has a small population, which placed it on rank 2 with a medals per capita representation of 194,009.

Usain Bolt's country, Jamaica, which was on the 16th spot among the participating nations, with a medals tally with 11, had a had a medals per capita of 247,812 and was ranked at No. 3.

The US, however, which finished at the top spot with a medal tally of 121, had a medals per capita representation of 2.6 million (2,656,353). Despite winning the most medals, its population ranked it at the 43th spot.

Despite 1.2 billion population, why does India struggle to win Olympic medals?