Effective February 1, online marketplaces - Walmart-backed Flipkart and Amazon - will have to undertake massive restructuring of their operations in India to ensure compliance. 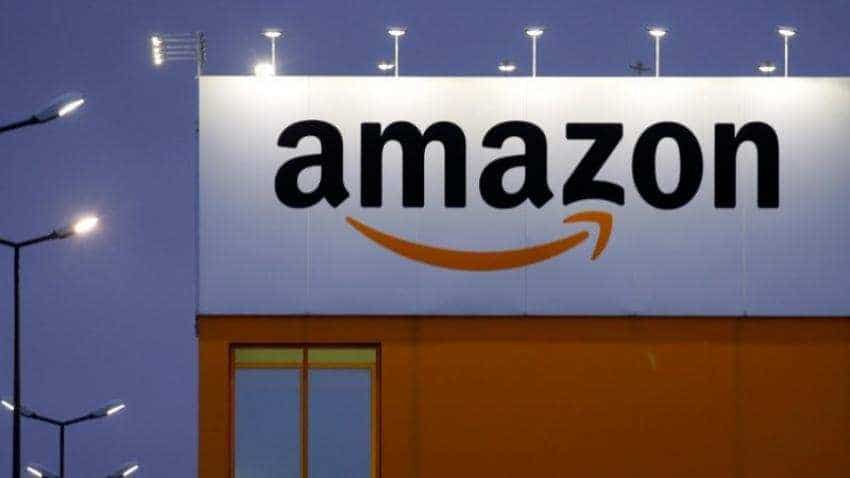 Amazon said it will continue to engage with the government to seek clarifications and work towards minimising impact on its customers and sellers, Image source: Reuters

With requests for extension in deadline for new e-commerce rules being rejected, US e-tailing giant Amazon Thursday said it will continue to engage with the government to seek clarifications and work towards minimising impact on its customers and sellers.

The new regulations announced in December - under Press Note 2 - will bar online marketplaces with foreign investments from selling products of the companies where they hold stakes as well as ban exclusive marketing arrangements.

Effective February 1, online marketplaces - Walmart-backed Flipkart and Amazon - will have to undertake massive restructuring of their operations in India to ensure compliance.

"While we remain committed to complying with all laws and regulations, we will continue to look to engage with the government to seek clarifications that help us decide our future course of action as well as minimise the impact on our customers and sellers," an Amazon spokesperson said.

E-mail sent to Flipkart did not elicit any response.

The Department for Promotion of Industry and Internal Trade (DPIIT) Thursday said it had received some representations seeking extension of the deadline. "After due consideration, it has been decided, with the approval of the competent authority, not to extend the deadline," it said in a statement.

Small traders have, in the past, complained that deep discounts offered by e-commerce firms was hurting their business. Various trader bodies had also alleged that these entities were giving preferential treatment to certain sellers.

The new rules would require these online marketplaces to bring in massive changes in their business models. One of the clauses states that the inventory of a vendor will be seen as controlled by a marketplace, if over 25 per cent of the vendor's purchases are from the marketplace entity, including the latter's wholesale unit.

Over the last few weeks, both Amazon and Flipkart had been extensively lobbying -- directly as well as through associations and trade bodies -- with government officials seek an extension in deadline. They had also written to the government stating that they need more time to understand the details of the framework.

Batting for the players, the US-India Strategic Partnership Forum (USISPF) had dubbed the new e-commerce rules as "regressive" and said these changes would harm consumers, create unpredictability and have a negative impact on the growth of online retail in India.

However, smaller players like Snapdeal and ShopClues have welcomed the development, saying it will create a genuine and robust e-commerce sector in India.

"Adherence to rule of law will allow India to create a genuine and robust e-commerce sector, which will ensure lasting gains for both buyers and sellers," a Snapdeal spokesperson said.

Sanjay Sethi, CEO and co-founder of ShopClues, said this is a "win for the micro, small and medium enterprises community in the country, moving them on step closer to a level-playing field".

"It also sends strong message to the violators that legal jugglery, exploiting loops holes and in general disregard for the law will have to stop now. Today, millions of MSMEs can breathe a sigh of relief," he added.

According to sources, both Flipkart and Amazon were extremely hopeful that the government will soften its stand but given the magnitude of investments at stake, these companies had already started working on their plan B in case the deadline wasn't extended.

Amazon had committed an investment of over USD 5 billion, while Walmart made its biggest bet pumping in USD 16 billion for 77 per cent stake in Flipkart.

One of the senior executives said work was already on to restructure exclusive partnerships and taking care of other aspects so as to ensure compliance.