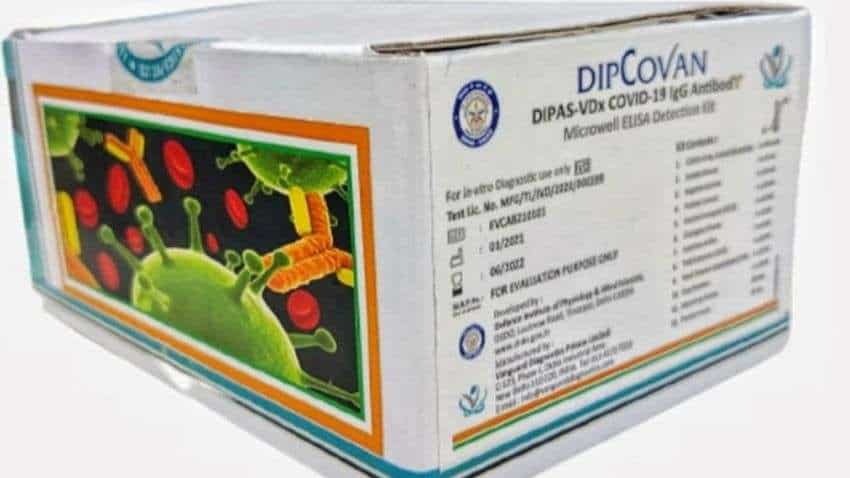 The kit can detect spike as well as nucleocapsid (S&N) proteins of SARS-CoV-2 virus with a high sensitivity of 97 percent and specificity of 99 percent, as per the information provided by ANI quoting DRDO.

DRDO said that the kit has been developed in association with Vanguard Diagnostics Pvt Ltd which is a Delhi based development and manufacturing diagnostics company.

"It was developed indigenously by scientists, followed by extensive validation on over 1000 patient samples at various COVID hospitals in Delhi," DRDO added.

A DRDO lab develops an antibody detection-based kit DIPCOVAN, the DIPAS-VDx COVID 19 IgG Antibody Microwell ELISA for sero-surveillance. The kit can detect spike as well as nucleocapsid (S&N) proteins of SARS-CoV-2 virus with a high sensitivity of 97% & specificity of 99%: DRDO pic.twitter.com/8SSWw1xv3o

Three batches of product were validated during last one year, DRDO informed and further said that the antibody detection kit has been approved by the Indian Council of Medical Research (ICMR) in April 2021.

While in May 2021, the product received the regulatory approval from the DCGI, CDSCO, Ministry of Health and Family Welfare, to manufacture for sale and distribution, it added.

Union defence minister Rajnath Singh and health minister Dr Harsh Vardhan had released the first batch of DRDO's anti-Covid drug, 2-deoxy-D-glucose (2-DG) on Monday. The drug has been developed in collaboration with Dr Reddy's Laboratories and the Drugs Controller General of India had granted it the permission for emergency use earlier this month.