Anti-drone system by the DRDO, local police, teams of the Rapid Action Force, the State Reserve Police Force, Chetak Commando and the Anti-Terrorist Squad would be deployed on strategic locations for the roadshow of US President Donald Trump and Prime Minister Narendra Modi. 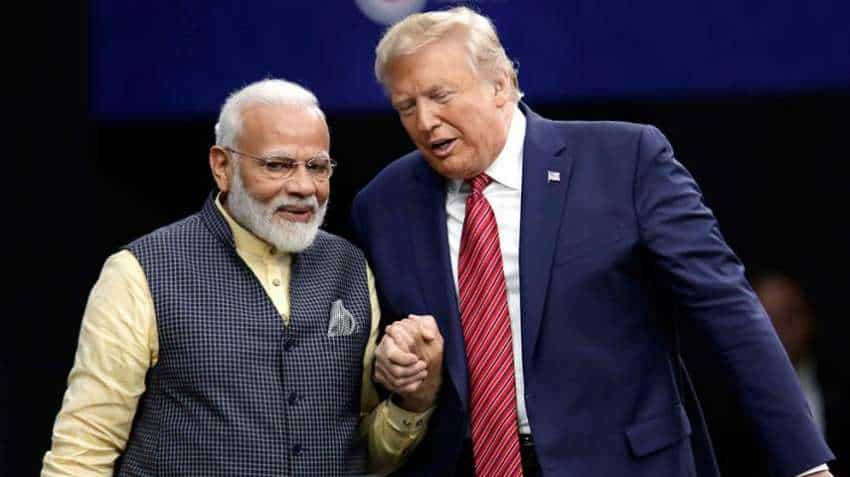 An anti-drone system developed by the Defence Research and Development Organisation (DRDO) will be part of the foolproof security arrangements being made for the roadshow of US President Donald Trump and Prime Minister Narendra Modi here on February 24, said officials.

Along with the local police, teams of the Rapid Action Force, the State Reserve Police Force, Chetak Commando and the Anti-Terrorist Squad would be deployed on strategic locations, said special commissioner of police, crime branch, Ajay Tomar.

They will work closely with national agencies like the National Security Guard (NSG) and the Special Protection Group (SPG), he said.Trump and Modi will take part in a 22km-long roadshow in Ahmedabad and jointly address a gathering at the newly- built cricket stadium in Motera area of the city.

Over 1,10,000 people are expected to attend the mega event christened "Namaste Trump".

"We will be utilising an anti-drone system developed by DRDO to secure the roadshow route. Apart from police personnel on the ground, we will also deploy our men on the terraces of roadside houses.

"Some of the streets on the roadshow route and near Motera will remain closed for traffic on February 24," said Tomar at a press conference.

The DRDO system is equipped to instantaneously detect and identify drone threats and terminate them. A drone or an unmanned aerial vehicle refer to an unpiloted aircraft or spacecraft.

Earlier, the police had said more than 10,000 police personnel, to be led by 25 senior IPS officers, will be deployed for the roadshow security.While a majority of the residents near the stadium have been asked not to use the road unless it is absolutely necessary, Tomar said people will be allowed to move in and out of housing colonies in case of an emergency situation.

He said students appearing for exams can use the roads closed for traffic on Monday by showing their hall tickets.

Tomar said it is not yet known whether Modi and Trump will travel in the same car or separate vehicles during the roadshow.

The IPS officer said it is most likely the dignitaries will not use an open vehicle during the show.As per the route plan, Trump and Modi will first reach the Sabarmati Ashram, a place closely associated with Mahatma Gandhi, from the international airport.

From the Sabarmati Ashram, both the leaders would take the SP Ring Road via the Indira Bridge near the airport to reach the cricket stadium in Motera.