Draft Civil Aviation Citizen Charter Highlights: How flyers benefit, all you want to know in brief

Civil Aviation Minister Jayant Sinha on Tuesday unveiled the Civil Aviation Citizen Charter forum (air passenger charter). The draft charter has been placed in the public domain for comments and will be available for comments for a period of one month. 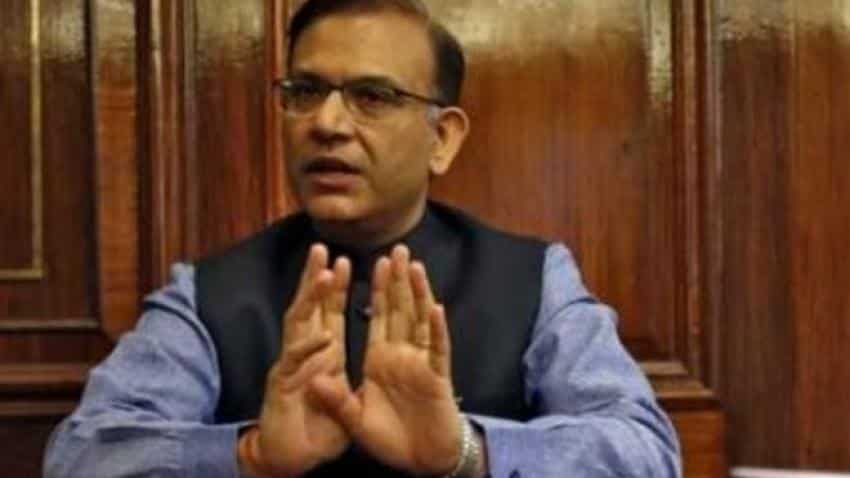 The Citizen Charter Forum is one of the four elements of Air Sewa, which was launched to transform the passenger experience. Image source: Reuters

In a bid to provide a full range of convenience and support to flyers, the Civil Aviation Minister Jayant Sinha on Tuesday unveiled the Civil Aviation Citizen Charter forum (air passenger charter). The draft charter has been placed in the public domain for comments and will be available for comments for a period of one month.  The charter lists the facilities that will be provided to the fliers in certain cases like flight cancellation or delays of over four hours, facilities for persons with disability and refund of airline tickets among others. Passengers will be fully compensated if the airline is at fault.

The Citizen Charter Forum is one of the four elements of Air Sewa, which was launched to transform the passenger experience. The other three elements include DigiYatra, Air Sewa App (an app that was launched in November 2016) to deal with passenger complaints and resolve it and Wi-Fi sewa or Connectivity to be provided in Flights.

Flight Delays: In case of delays, where the flier is communicated about it 24 hours prior to the originally scheduled time and again the flight is delayed by more than 4 hours, the airline will have to provide an option of refund to the passenger. Secondly, the airline will have to offer an additional free-of-charge hotel accommodation to the passenger if the flight is supposed to fly the next day, that is beyond 00:00 hours. It asks for compensation for missing the connecting flights. Here are the details related to the compensation amount
• If delay more than 3 hours: INR 5,000
• If the delay between 4 and 12 hours: INR 10,000
• If delay more than 12 hours: INR 20,000

In general cases, the airline will have to bear the cost of transferring the passenger to/from the alternate airport in case the alternate flight is offered to a nearby airport.

Grievance filing: The passenger can file the grievance on AirSewa App or Portal/DGCA.

Facilities for persons with disability and/or persons with Reduced Mobility for Existing provision: They will be provided with two window seats in the front row (if not emergency exit) and for this purpose, the details of seats for other passengers should be released 24 hours prior to the time of departure. Under the proposed provisions, the airlines will have to have blocked seats, which are accessible for persons with disabilities with adequate leg space. This facility should be free of charge and will remain blocked until close to the time of departure.

Refund of airline tickets: The drafted citizen charter suggests that the airline will be providing a lock-in option for 24 hours after booking the ticket, where he/she can cancel the ticket without any charges. At present, the facility is available to passengers up to 96 hours prior to flight departure. Cancellation Charges should be printed prominently on the ticket. The drafted charter also says that the Airlines and their agents together should not levy cancellation charge more than the basic fare plus fuel surcharge.

Name correction: As per the drafted charter, the airlines will not be able to charge for correction in the name is the flier is the same one. But this correction should be made within 24 hours of booking the ticket.

Connectivity – WiFi in airlines: The approved in-flight connectivity will allow the domestic and international airlines to offer internet and mobile services onboard an aircraft in Indian airspace provided certain security requirements are met. Internet services can be provided from the moment a plane takes off and personal electronic devices (PED) have to be put on flight mode. Mobile services can be allowed only when an aircraft is over an altitude of 3,000 metres. All approvals were provided in the recent past and now interested parties may apply for licenses and initiate necessary procedures.