Smriti Irani said India is set to have 530 million smartphone users by end of this year, second only to China and more than 40% of content consumption happens online 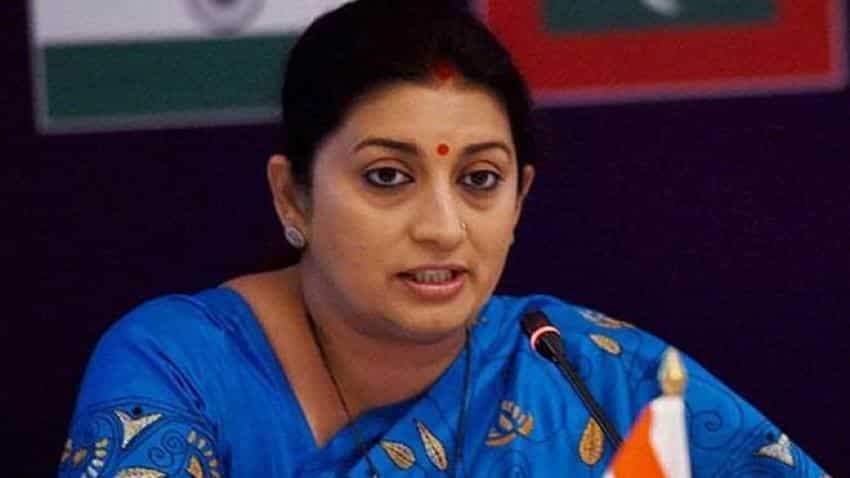 Smriti Irani said the total advertising spend is expected to grow from 9.6% last year to 12.5% this year. Image source:

Doordarshan should leverage the reach created by DD Free Dish to create quality content and improve the revenue generation through advertisement and ease the burden on the taxpayers, Union Minister Smriti Zubin Irani said today.

Irani said India is set to have 530 million Smartphone users by end of this year, second only to China and more than 40% of content consumption happens online.

The strength of broadcasting sector in India should be seen not by the number of channels available, but by the quality of content provided by it, she said, while requesting BES to train all the Broadcast Engineering staff of Prasar Bharati.

The Minister for Information and Broadcasting and Textiles was at the inaugural ceremony of the 24th International Conference & Exhibition on Terrestrial and Satellite Broadcasting with the theme ‘Non Linear Broadcasting Technologies & Business Models’ - (Broadcast Engineers Society) BES EXPO 2018.

Irani, along with the other dignitaries, felicitated the winners of the awards constituted by Broadcast Engineering Society in various categories such as broadcasting, engineering, training and innovation.

Nearly 300 companies from 25 countries will display their products in BES EXPO 2018 directly or through their dealers and distributors in India.

Doordarshan to take on Netflix, Amazon Prime? Here is the new project it is working on