Don't expect too much deliverables from Trump-Modi meeting: Commentator

Although both Donald Trump and Narendra Modi have some things in common, "the question remains whether his (Modi`s) dalliance with Trump will be a one-night stand or will blossom into a full-on romance", Rogin said. 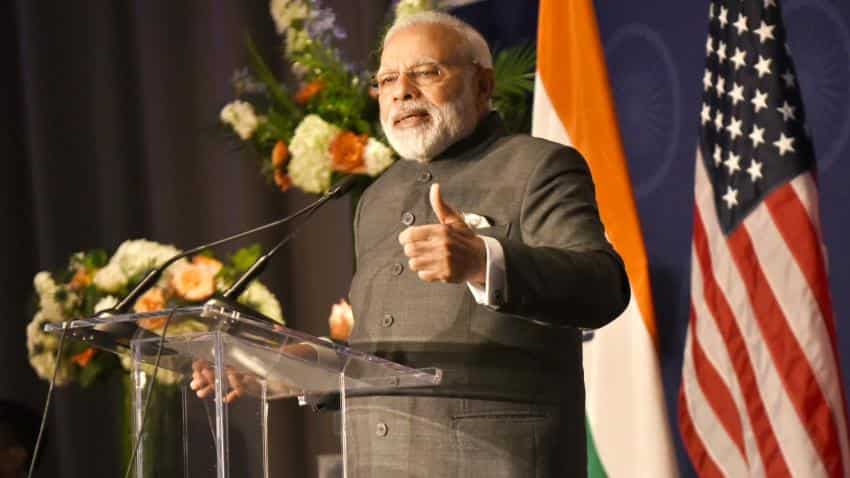 Don`t expect a lot of deliverables from the Trump-Modi meeting, says an American commentator.

Writing in The Washington Post, Josh Rogin says the Monday meeting between the US President and the Indian Prime Minister was scheduled before the Group of 20 meeting in Germany in July so that they could develop some rapport before meeting there.

Although both Donald Trump and Narendra Modi have some things in common, "the question remains whether his (Modi`s) dalliance with Trump will be a one-night stand or will blossom into a full-on romance", Rogin said.

Rogin said a close relationship which Trump had promised before his election victory was yet to materialize due to many factors.

These include a mix of transition dysfunction, the distractions of the more urgent issues and a shortage of senior Trump administration officials with India experience.

"The Modi government, unlike some other Asian powers, has not pushed itself in front of the Trump team, instead pursuing a dual-track policy of cautious engagement mitigated by hedging."

The Trump-Modi meeting "is intended to ... get the US-India relationship back on an upward trajectory.

"The fact that Modi will have dinner, not lunch, with Trump is meant to signal respect, officials said."

Rogin noted that Modi had recently made high-profile visits to Russia, France and Germany, and that he may be preparing for alternatives in case his push to warm ties with Washington under Trump doesn`t pan out.

Rogin said: "At some point, for real progress to be made, the two sides will have to tackle their differences, including on H1-B visas, trade irritants and India`s approach to intellectual property.

"The Trump administration also must settle on its own foreign policy for India to be reassured that strategic interests remain aligned.

"Modi`s task is to convince Trump that spending more time and attention on India fits into his America First agenda. Trump`s job is to convince Modi that his bet on the US will pay off in real ways long after their dinner is over."