Apple CEO tim cook revealed that US President Donald Trump batted for Apple to help it get a strong retail foothold in India. 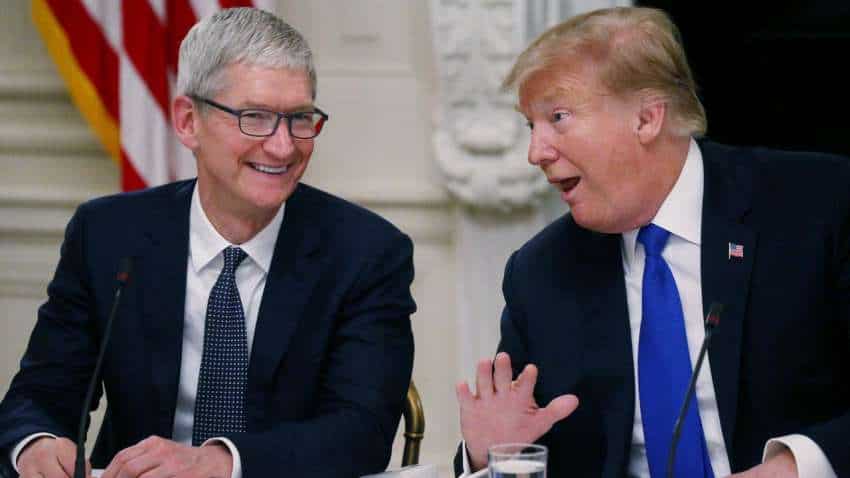 Cook said: "I see India as a huge opportunity for us". Photo:Reuters
Written By: IANS
RELATED NEWS

Revealing for the first time that US President Donald Trump batted for Apple to help it get a strong retail foothold in India, the companys CEO Tim Cook has said that the US administration has worked in Apple's favour to help it gain further ground in worlds second largest smartphone market.

After Trump visited India on February 24-25, saying he "may never be excited again about a crowd after going to India," Cook also announced last week that Apple is set to open its first branded retail store in the country in 2021 and open an online exclusive online store this year.

In an interview with Fox Business, Cook said: "I see India as a huge opportunity for us. For years, we could not enter there unless we entered there with a partner into retail and we did not want to do that. We wanted to maintain control of our brand and so forth".

"The (Trump) administration worked on this with the Indian government and that change has been made and so we are very positive on entering there online this year and in retail next year," he told the show host.

Speaking to investors at the annual shareholder meeting at Apple Park in Cupertino, California last week, Cook confirmed the company will open its first offline retail outlet in India next year.

"I don`t want somebody else to run the brand for us. We wouldn`t be a very good partner in retail. We like to do things our way," the Apple CEO mentioned.

Apple currently has third-party reseller outlets to sell its devices in the country.

There are reports that Apple has leased a location in Mumbai for its upcoming branded retail store but the company is yet to reveal the location.

Apple`s exclusive online store is expected to start functioning in the third quarter this year.

The Cupertino-based tech giant is currently selling its devices in India via third-party offline retailers and e-commerce platforms like Flipkart and Amazon.in.

Welcoming the government`s decision to ease the 30 per cent local sourcing norm in single-brand retail (SBRT), Apple said last year: "We appreciate the support and hard work by Prime Minister Narendra Modi and his team to make this possible and we look forward to one day welcoming customers to India`s first Apple retail store."

The plan for opening owned stores would certainly help Apple in giving a controlled experience of its devices and services as it intends and designed them to be, as in a third-party retail environment, many such things cannot be controlled by the brand.