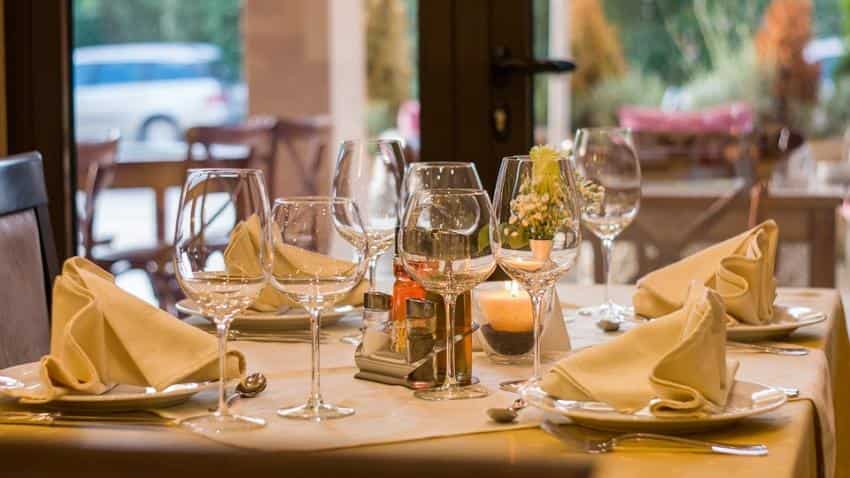 This is all part of a bill on which the restaurants pay VAT while the employees pay income tax. It also does away with cash tips, NRAI president Riyaaz Amlani said. Image Source: Pixabay
Written By: ZeeBiz WebTeam
RELATED NEWS

After the government on Monday clarified that customers can use discretion while paying service charge, the National Restaurant Association of India (NRAI) retaliated with judicial precedent to support its case for levying this duty.

The representative body also said that customers were free not to eat at a restaurant if they did not wish to pay the service charge levied by it, a report by Times of India said on Tuesday.

The Centre issued a statement on Monday that said customers dissatisfied with service at restaurants could have it waived off.

Clarifying with the Hotel Association of India, the Ministry said, “…the department of Consumer Affairs, Central Government has called for clarification from the Hotel Association of India, which have replied that the service charge is completely discretionary and should a customer be dissatisfied with the dining experience he/she can have it waived off. Therefore, it is deemed to be accepted voluntarily.”

It also mentioned that authorities could act against those levying a service charge without the knowledge and consent of consumers on charges of indulging in ‘unfair trade practices.’

NRAI replied saying that levying service charge was a ‘common and accepted practice’ that was recognised as such by various government departments, the report added.

The statement issued by the Department of Consumer Affairs also said it had asked states to ensure hotels and restaurants displayed information that service charge was optional on their premises.

This was being done as the department had received many complaints from customers who said they were being forced to pay service charge, in lieu of tips, of anything between 5% and 20% ‘irrespective of the kind of service provided.’

The media report quoted NRAI president Riyaaz Amlani who said that restaurants clearly follow the very same Consumer Protection Act that is being used to justify the move to penalise those who levy it without the consent of consumers.

"This is all part of a bill on which the restaurants pay VAT while the employees pay income tax. It also does away with cash tips," Amlani added.

Further he said, “Many restaurants would politely ask customers if they were willing to pay a service charge and, if not, tell them they would have to dine at a place that didn't levy one.”

The report also quoted other restaurants that said the centre should have waived the charge completely instead of leaving matters ‘ambiguous.’

"The diner might say the entire meal was nice but the salad was bad. What are we supposed to do in such a scenario? Most complaints we receive are about higher taxes and not service charge. The government didn't waive taxes but waived service charge that diners happily paid," the restaurant representative said.

Chef and restaurateur Manu Chandra, who runs Monkey Bar outlets across India, said that rentals, competition and salaries are rising. The restaurants will have to take a couple of days to work on alternate ways to meet these costs, the report added.