For the month of September series in the Futures & Options (F&O) will expire today. 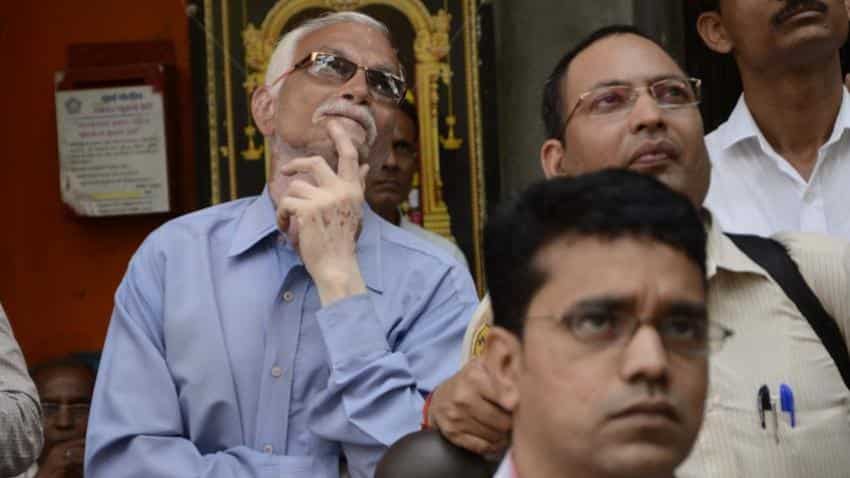 The Indian Rupee opened higher at 66.44 per dollar as against previous close at 66.47. Photo: IANS

Domestic markets on Thursday opened in green ahead of derivatives expiry. The positive global cues also gave markets a push.

ICICI Prudential Life Insurance is set to make its stock market debut today, after it concluded its Rs 6000-crore IPO last week. The public issue was oversubscribed 10.48 times. The company had fixed price the band of Rs 300-334 per share.

The shares of oil companies were in focus today as Organization of the Petroleum Exporting Countries (OPEC) members agreed to curb output in a surprise deal.

It was OPEC's first agreement to cut production since 2008, though details on specific country quotes won`t be decided until the next formal OPEC meeting in November.

For the month of September series in the Futures & Options (F&O) will expire today.

The Indian Rupee opened higher at 66.44 per dollar as against previous close at 66.47.

Overnight, European shares gained on a recovery in battered Deutsche Bank shares while the Dow rose 0.6% and the energy index had its best day since January in light of the OPEC agreement.

Oil prices settled up nearly 6% on Wednesday after OPEC struck a deal to limit crude output, the report added.