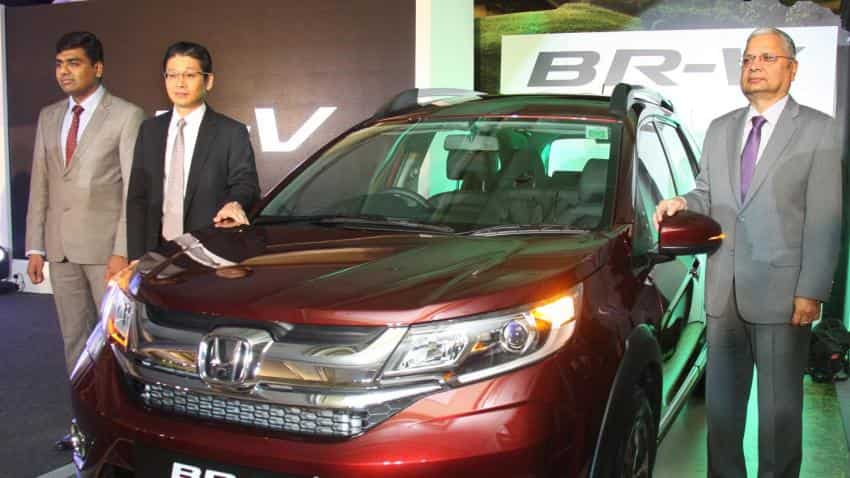 According to Society of Indian Automobile Manufacturers (SIAM), domestic passenger vehicle (PV) sales stood at 2,59,685 units in July as against 2,22,368 units in the same month last year.

"The new models in the UV segment have created a lot of excitement in the market. Also the sentiment is positive due to better rains and coming of the 7th Pay Commission. All these factors put together are responsible for the off take which is happening," SIAM Deputy Secretary General Sugato Sen told reporters here.

"It is after two months of decline that we have seen car sales grow in July. But still the cumulative sales during the year remain sluggish. Customers are moving towards Utility vehicles, including compact SUVs," Sen said.

Totoya Kirloskar Motor's UV sales were up 18.6 % at 8,356 units last month as against 7,045 units in July last year. This was mainly on the back of its newly launched Innova Crysta multi-purpose vehicle.

"Motorcycle sales, which have been impacted in rural areas for nearly three years now, witnessed some revival last month. Due to positive sentiment generated by good rains people have started buying bikes. Also, sowing season has been good," Sen said.

Sales of commercial vehicles rose marginally to 51,853 units in the month under review from 51,795 units in the year-ago period, SIAM said.

"To some extent the sales of medium and heavy duty trucks has been impacted as replacement demand has been yet already and new demand is yet to come in. Once harvesting is done we expect the demand to gain go up," Sen said.