Domestic air passenger traffic in February increased by 8.98 per cent to 1.236 crore, according to data released on Wednesday by aviation regulator DGCA. 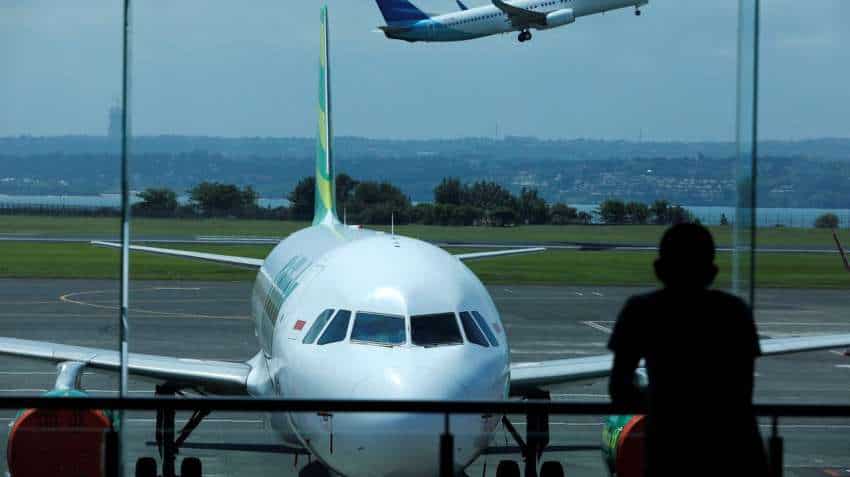 The rise in the number of domestic air passengers for January was just 2.2 per cent. Photo:Reuters
Written By: PTI
RELATED NEWS

Domestic air passenger traffic in February increased by 8.98 per cent to 1.236 crore as compared to the same period last year, according to data released on Wednesday by aviation regulator DGCA.

However, the rise in the number of domestic air passengers for January was just 2.2 per cent when compared with January 2019 figures.

According to the Directorate General of Civil Aviation (DGCA) data, passenger load factors of all major airlines -- Air India, SpiceJet, GoAir, IndiGo, AirAsia India and Vistara -- increased in February as compared to January.

In its report the DGCA stated, "The passenger load factor in the month of February 2020 has shown increasing trend primarily due to airlines offering promotional fares resulting in increased demand."

With 83.4 per cent, AirAsia India was number one in on-time performance (OTP) measured at four metro cities -- Bengaluru, Delhi, Hyderabad and Mumbai. IndiGo at 81.6 per cent and GoAir at 78.6 per cent were number two and three respectively on OTP performance at these four cities. The airline also maintained its lead position with 48 per cent share of the domestic passenger market in February 2020.

SpiceJet's market share decreased from 16.6 per cent in January to 15.3 per cent in February, even as it retained the number two spot, as per the data.

The market share of Air India, GoAir, AirAsia India and Vistara was 12 per cent, 10 per cent, 7.3 per cent and 6.7 per cent respectively last month.

In February, a total of 790 passenger-related complaints were received by the domestic airlines. The number of complaints per 10,000 passengers carried for the same month was around 0.64, according to the data.