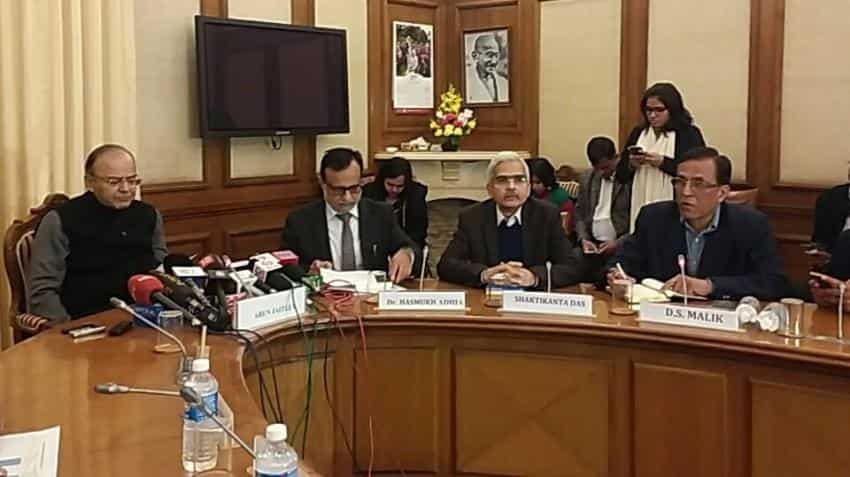 FM Jaitley was briefing the media on direct and indirect tax colletions ahead of Union Budget 2017 scheduled on February 1, 2017.

Jaitley said that Direct tax collection till December 2016 in the current fiscal is 65.3% of the total Budget Estimates of direct tax.

"As regards the growth rates for Corporate Income Tax (CIT) and Personal Income Tax (PIT), in terms of gross revenue collections, the growth rate under CIT is 10.7% while that under PIT (including STT) is 21.7%. However, after adjusting for refunds, the net growth in CIT collections is 4.4% while that in PIT collections is 24.6%. Refunds amounting to Rs.1,26,371 crore have been issued during April-December, 2016, which is 30.5% higher than the refunds issued during the corresponding period last year", Jaitley said.

After accounting for the third instalment of advance tax received in December, 2016, the collections under advance tax was Rs 2.82 lakh crore, a jump of 14.4%y-o-y basis. CIT advance tax grew by 10.6% while PIT advance tax registered a growth of 38.2%.

Till December 2016, about 81% of the Budget Estimates of indirect taxes for Financial Year 2016-17 has been achieved, Jaitley said.

Central Excise, net tax collections go up by 43% to Rs 2.79 lakh crore as against Rs 1.95 lakh crore during the same period last year.

Service tax collections have risen by 23.9% to Rs 1.83 lakh crore as compared to Rs 1.48 lakh crore in the last year during the same period.

The growth rate in net collection for Customs, Central Excise and Service Tax was down 6.3%, up 31.6% and up 12.4% respectively during the month of December, 2016, compared to the corresponding month last year. The de-growth in customs collections appear to be on account of a decline of gold imports by about 46% (in volume terms) in December 2016 over December 2015, Jaitley said.

On Sunday, petrol pump owners said that they will stop accepting card payments for fuel sales from January 9, 2017 as banks reintroduced the move to levy the transaction (MDR) charge.