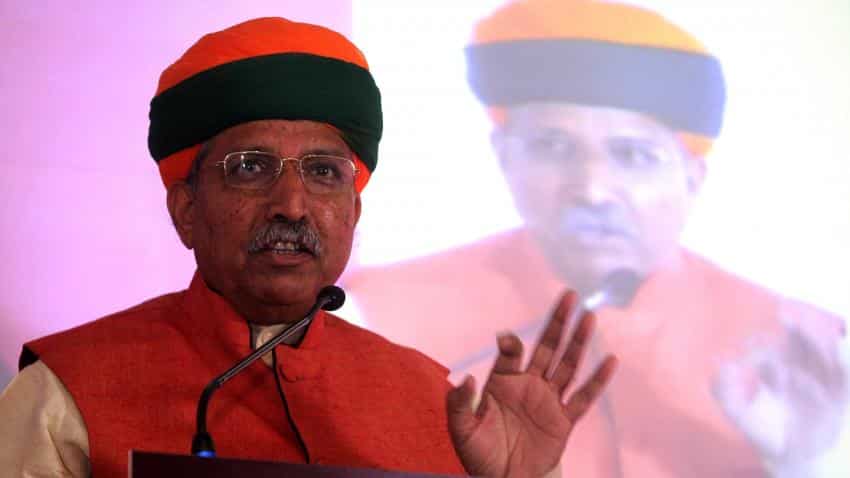 "When we have a large shadow economy, digital India will help curb it and we will be able to account for the illicit transactions," Meghwal said. Image Source: IANS
Written By: PTI
RELATED NEWS

Black Money: No relief to those who defaulted on 1st IDS installment: CBDT

Pitching for rapid movement towards digitisation of the economy, Union minister Arjun Ram Meghwal on Sunday said the government's digital initiative is crucial to curb the black market.

"In this country, 22-26% is shadow economy (i.e. illicit economic activities like black market transactions and undeclared income existing alongside the official economy)," the minister of state for finance said.

"This is a large percentage and it is not good for a nation. As and when shadow economy is constrained the gross domestic product (GDP) of the country will grow," he added.

Noting post-demonetisation of high value currency notes, the country has rapidly moved towards digitisation which has helped keep a check on the shadow economy, Meghwal said 'digital India' is a necessary initiative to "hurt" the illicit economic activities.

"When we have a large shadow economy, digital India will help curb it and we will be able to account for the illicit transactions. This will result in growth of consumption, investments and export and as a result GDP will also grow."

The minister was addressing the 'Digital India Summit Role of Cooperative Banks in Adopting and Advancing the Prime Minister's Flagship Digital India Programme'.

Meghwal observed that 2017 "would be known in history as the year of economic reforms" on account of various government initiatives, including implementation of goods and services tax (GST).

"This year we made various changes to budget like merging the railways with Union budget and passed the finance bill before March 31 for the first time. Now we will roll out the goods and services tax (GST) from July 1 which will make it easier to do business in the country," Meghwal said.

"GST will help it easier to do business. For instance in India, logistic charges are high compared to US and Canada but with GST these charges will come to par with these developed countries."

Hailed as the biggest tax reform since India's independence, GST will replace an array of central and state levies with a national sales tax, thereby creating a single market and making it easier to do business in the country.

Black Money: No relief to those who defaulted on 1st IDS installment: CBDT