Diesel price today in Delhi is at Rs 69.93 per litre, up by 18 paisa, thereby taking it to new high. Diesel was priced at Rs 69.75 yesterday, up from Rs 69.61 on Tuesday. In Delhi, where the fuel is cheapest in all metros and most state capitals due to lower sales tax or VAT, a litre of petrol today comes for Rs 78.30 as against Rs 78.18 per litre rate yesterday, and Rs 78.05 on Tuesday. 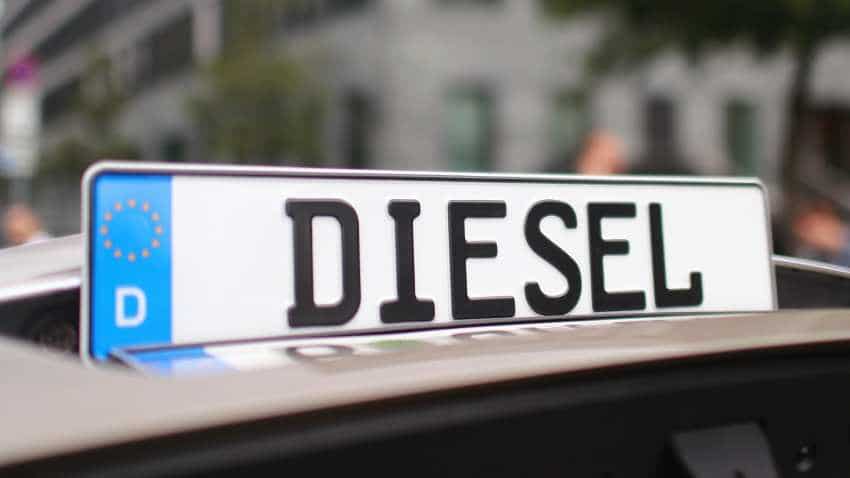 Diesel price hike: Domestic fuel rates are very sensitive to global crude prices, and an uptick in global crude prices pushes the prices higher in New Delhi and other metro cities. With petrol and diesel prices going up by almost a rupee per litre within a fortnight, the government yesterday expressed hope that the rally in global rates is temporary and they will decline soon.

In Delhi, where the fuel is cheapest in all metros and most state capitals due to lower sales tax or VAT, a litre of petrol today comes for Rs 78.30 as against Rs 78.18 per litre rate yesterday, and Rs 78.05 on Tuesday.

He further stated that "The crude (oil price) had gone down to the level of USD 70 per barrel and it is back to USD 74-75, it should be temporary. It is coming out of some countries not able to produce so I hope it remains temporary. We will be able to come back USD 70-71 per barrel soon."

According to goodreturns.in, diesel rates in New Delhi in last 10 days given below: 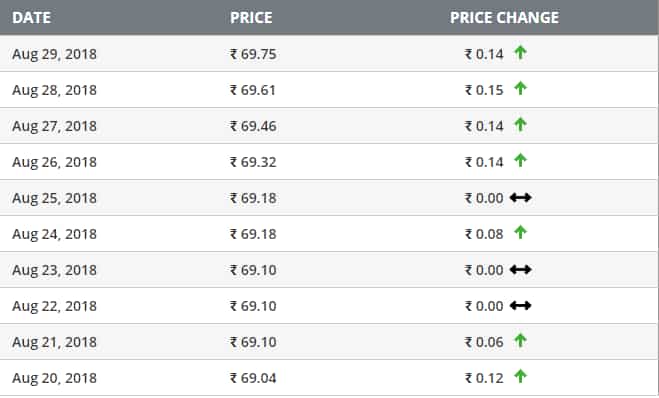 Notably, diesel prices this week hit their highest level, crossing the previous peak of Rs 69.31 a litre reached on May 29.

On the other hand, petrol rates are yet to hit the new record high of May 29, when they touched Rs 78.43 a litre in Delhi.

Fuel prices have been on the rise since August 16 after the rupee dipped to its lowest value against the US dollar. The domestic currency yesterday hit a record low of 70.59.

Last year in mid-June, state-owned oil firms had dumped the 15-year practice of revising rates on 1st and 16th of every month in favour of daily price revisions.

PM Narendra Modi to lay foundation stone of multiple projects worth around Rs 18,000 crore in Dehradun on Dec 4