Did you just get a fake Rs 500 note? Beware! Check now 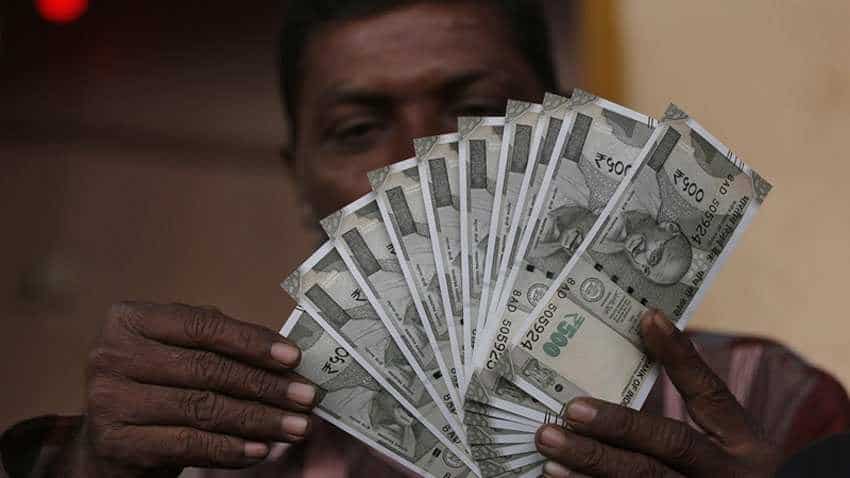 It was said at the time of the release of new notes that its new strengthened features and designs would make it hard to counterfeit the note. PTI
Written By: ZeeBiz WebTeam
RELATED NEWS

Fake Rs 50 new note in your pocket? Spot fraud now with this!

Fake Rs 500 notes have become a big problem. Innocent people are taken advantage of by miscreants leaving them at a loss. So, if you are holding a new Rs 500 note, you must check it for authenticity. If you are among those people who used to believe that there can't be a counterfeit of the new note, then you are in trouble as the RBI has rung the alarm bell. Check the massive numbers.

The new currency notes introduced post demonetisation failed to keep a check on fake or counterfeit notes. The latest data by Reserve Bank of India's (RBI) annual report 2017-18 has revealed that the number of Rs 500 counterfeit notes caught have risen to 9,892 in FY18 from 199 in FY17.

The report said that a total (all denominations) 522,783 pieces of fake notes were detected in the banking system during 2017-18.

“Counterfeit notes detected in banned currencies decreased by 59.7% and 59.6% in the denominations of Rs 500 and Rs 1,000, respectively, as the same comprised only the residual part of SBN deposits processed during the year 2017-18,” RBI said in its annual report.

The new Rs 500 notes which have advanced features and new design have failed to defeat the purpose of countering fake notes.

"The new Rs 500 notes in the Mahatma Gandhi (New) Series are different from the SBN (withdrawn series) in colour, size, theme, location of security features and design elements. The size of the new note is 66mm x 150mm. The colour of the notes is stone grey and the predominant new theme is Indian heritage site - Red Fort," RBI had said.

It was said at the time of the release of new notes that its new strengthened features and designs would make it hard to counterfeit the note. However, the new RBI data has put an end to all that discussion.

So, if you are in possession of such notes, quickly whip them out of your pocket, wallet or purse and check. Here is how to tell if they are genuine and not fake:

1. The Reserve Bank of India issue rs 500 denomination banknotes in Mahatma Gandhi (New) Series with inset letter ‘E’ in both the number panels.
2. It bears the signature of Dr. Urjit R. Patel, Governor, Reserve Bank of India
3. Swachh Bharat Logo is printed on the reverse of the Banknote.
4. The new Rs 500 banknotes are different from the earlier specified bank note (SBN) series in colour, size, theme, location of security features and design elements; the principal features are –
a) The size is 66mm x150mm
b) The colour is stone grey
c) Red Fort-an image of Indian heritage site with Indian flag on the reverse

5. The banknote also has features (intaglio printing of Mahatma Gandhi portrait, Ashoka Pillar emblem, bleed lines, circle with Rs 500 in the right, and the identification mark). These enable the visually impaired person to identify the denomination.

In case you just found one, you should head directly to your bank and inform them about it.

Fake Rs 50 new note in your pocket? Spot fraud now with this!