Has retail inflation cooled down in August?

A Reuters poll last month suggested another cut was likely in the final three months of this year. 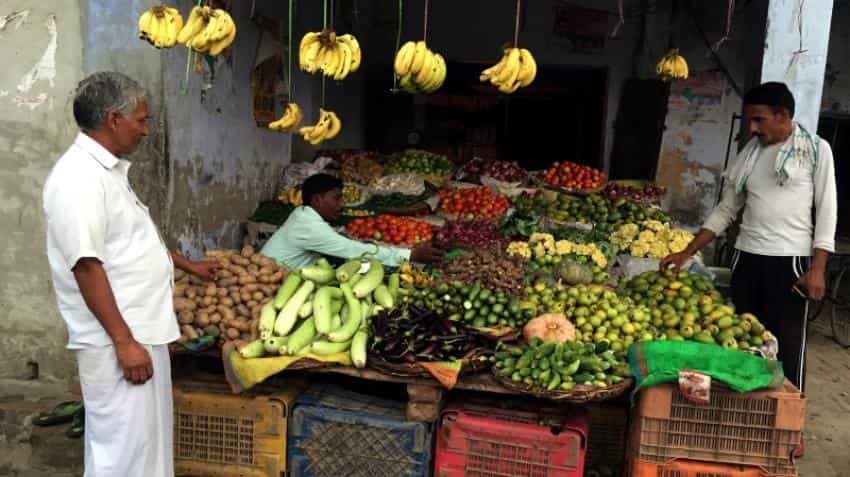 The RBI has cut 150 basis points off its benchmark interest rate since January 2015. Photo: Reuters

Retail inflation, or consumer price index (CPI), has been inching mainly driven by food prices. However, a normal monsoon and softening of food prices in the month of August means that retail inflation might have broken its trajectory and cooled down, Reuters and Bloomberg polls show.

Official data on the consumer price index  for the month of August and Index of Industrial Production (IIP) for July will be released on Monday.

As per the Reuters poll, the median forecast of 27 economists pegs CPI at 5.50% for August, down from 6.07% in July. Bloomberg said that the median estimate for its poll of 20 economists stood at 5.23%.

The lower number is still above the Reserve Bank of India's March 2017 inflation target of 5% and, if realised, would be the fifth straight month that annual price rises stayed above that mark.

In August, after the passage of Goods and Service Tax (GST) Bill in the Rajya Sabha, the central government in consultation with the Reserve Bank of India (RBI) had set an inflation target for next five years i.e till March 31,2021, at 4%, plus or minus 2%.

"Owing to the unseasonal decline in prices of vegetables and pulses, the month-on-month momentum in food inflation is likely to have cooled off," said Jay Shankar, chief India economist at Religare Capital Markets in Mumbai, who had the same call as the wider poll median on inflation.

"(But) despite expectations of a sharp drop in CPI inflation, we maintain that there is very limited headroom for further rate cuts at the current juncture."

The RBI has cut 150 basis points off its benchmark interest rate since January 2015. A Reuters poll last month suggested another cut was likely in the final three months of this year.

In contrast to the slowdown in consumer inflation, economists in the poll predicted wholesale price inflation to have picked up to 4.01% in August from 3.55% in July.

(With Reuters and Bloomberg)

Retail inflation for industrial workers eases to 5.41pc in November

Wholesale price-based inflation falls to 21-month low: What does this mean? Analysts decode

Amid global recession concerns, India may stand out with 7% growth rate in FY23: EAC-PM member Sanyal