A DIAL spokesperson said various steps are being taken to improve ROT, and UK-based NATS, which is working for capacity enhancement project at the airport, is also providing their know-how for the same. 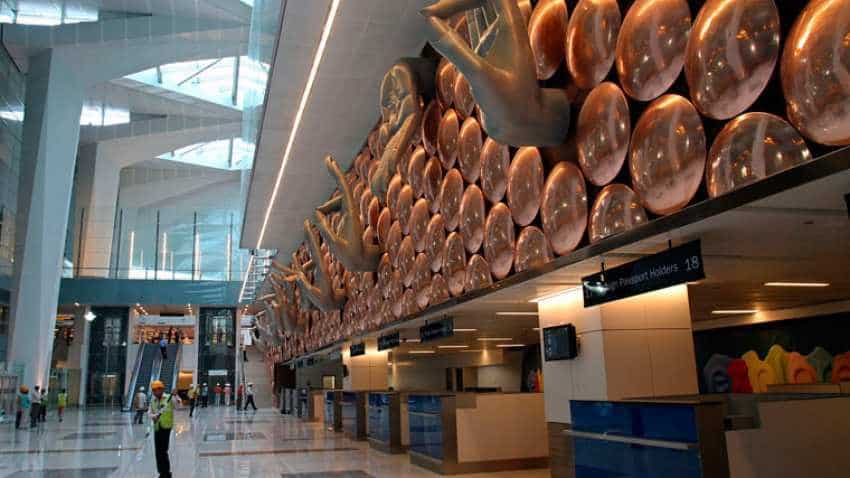 Delhi airport operator DIAL is working with stakeholders to further improve runway occupancy time which will help in dealing with capacity constraints at the country's busiest aerodrome.

Generally, Runway Occupancy Time (ROT) is the time taken by a departing or arriving aircraft to turnoff from the runway.

An Airports Authority of India (AAI) official said the ROT at Delhi airport and other major aerodromes have improved.

A DIAL spokesperson said various steps are being taken to improve ROT, and UK-based NATS, which is working for capacity enhancement project at the airport, is also providing their know-how for the same.

Besides, DIAL is conducting engagement sessions with pilots of airlines to create awareness on the issue.

"Based on observations during operations, new Rapid Exit Taxiway (RET) are being constructed as part of master plan work undertaken by IGI Airport to improve ROT.

"One of the Taxiway (F) frequently used for exit from runway 10 has been commissioned as Rapid Exit Taxiway to improve ROT," the spokesperson said.

Indira Gandhi International Airport (IGIA) in the national capital is the busiest in the country and handles about 1,400 flights every day. On an average, the aerodrome handles around 74 flight movement per hour, according to an official.

However, following the closure of the Pakistan airspace and suspension of operations by Jet Airways, the daily flight movements at the airport has come down to around 1,200 flights, the official added.

"ROT is one of the main factors that affects operational throughput on an hourly basis at airports. There has been a lot of improvements in ROT at all airports," Vineet Gulati, Member (Air Navigation Services) at the AAI told PTI.

The spokesperson said the ROT is around 50 seconds for runway 11/29 and efforts are on to improve ROT of runway 10/28.

The airport has three runways, including 27/09.