The NITI Aayog said that the North-East Region had approximately 2,600 km of railway lines, but only two state capitals -- Assam and Tripura -- were connected by rail. 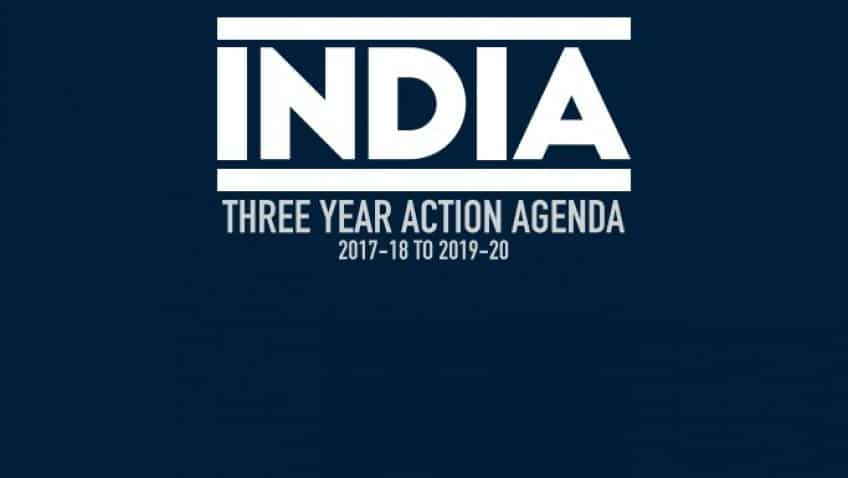 Making a case for development in the north-eastern region of the country, the NITI Aayog has recommended that physical infrastructure with neighbouring countries should be developed and transit treaties ironed out over the next three years.

In its "Three Year Action Agenda" released on Thursday, the planning body said that 95 per cent of India`s exports to the neighbouring countries of Bangladesh, Bhutan and Myanmar are from regions other than the North-East despite the region being the natural gateway -- with 98 per cent international borders -- to the East Asian, South East Asian and South Asian economies.

"A top priority for the next three years is ironing out transit treaties and development of physical infrastructure between the North-East Region and neighbouring countries. We must forge digital connectivity, distribution of power and transport links with the latter," the Three Year Action Agenda document said.

It added that the protocol for inland waterways between Bangladesh and India should be extended for at least 10 years in 2017 instead of the year-to-year basis "which leads to high level of uncertainty".

The Ministry of External Affairs should take this up with Bangladesh on high priority, the document added.

The NITI Aayog said that the North-East Region had approximately 2,600 km of railway lines, but only two state capitals -- Assam and Tripura -- were connected by rail.

"The road network is characterised by low density and poor quality of roads. The 11 airports in the region do not provide interstate connectivity and Kolkata serves as the only hub for the region," it said.

"The inland waterway transportation network, a traditional mode of cheap and fast transportation in the region, has suffered immensely since Independence," it added.

The NITI Aayog said that since the Brahmaputra and Barak rivers were pivotal river connectivity routes prior to 1947, the concerned departments should by 2018 commission feasibility studies followed with the commencement of dredging and channel stabilisation work for creating around 20 new ports in these rivers.

"Such river port and ancillary facilities would enhance the connectivity across the region and bring down the freight movement costs," it said.

To bring all-round development in the region, the NITI Aayog also recommended to the government to implement Centrally Sponsored Schemes for the development of special industries including sericulture, floriculture, tea plantations, silk industry and handicraft industry.

"A focus should also be on developing existing and new vocational and industrial training institutions in order to develop the skills needed to support the above mentioned special industries," it said.