Destination Weddings: Virat-Anushka, Ranveer-Deepika impact? Rs 45k-cr market by 2020 - How and why this concept is gaining momentum

Destination wedding in the Indian hospitality industry is expected to reach a market size of Rs 45,000 Crore by 2020, with a projected annual growth rate of 25-30%. 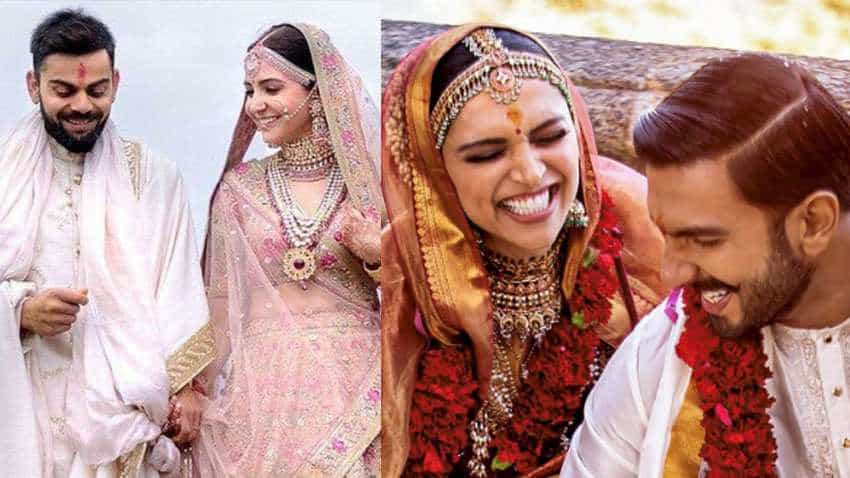 Taj Mahal, Agra Fort to re-open from September 21 even as COVID-19 cases continue to grow

Virat-Anushka did it, and Ranveer-Deepika too did it - Destination Wedding! The concept of a destination wedding is fast catching eyeballs among the Indian millennials. As per the HVS ANAROCK's recent report, the destination wedding concept is expected to register around 25-30 per cent rise by 2020 — a push that the hospitality industry in India would welcome with open arms.

Speaking on the market size of destination wedding in hospitality industry in India and its growth prospect Mandeep Lamba, President - South Asia, HVS ANAROCK said, "It has been reported that the Indian destination wedding industry is expected to reach a market size of Rs 45,000 Crore by 2020, with a projected annual growth rate of 25-30 per cent. Factors such as the rise of the middle class, a booming economy and celebrity endorsements – amply stirred by social media-induced aspiration - have contributed to this growth." Lamba said that destination weddings have also given a major shot in the arm to wedding planners, banquet organisers and wedding apparel designers – who, in any case, had little to complain about in a country where all stops are pulled out for weddings. However, the biggest beneficiary of the growing destination weddings trend is the hospitality sector.

Speaking on the destination wedding locations Vineet Tang, President at Vatika Hotels said, "The preferred locations for personalized, theme-based destination weddings in India are Rajasthan, Goa, Kerala and Uttarakhand. With its forts and palaces, Rajasthan provides the perfect setting for a 'royal' wedding, while the Goa and Kerala provide the ideal palette for beach weddings. Many nature lovers choose resorts in Uttarakhand for their spectacular mountain backdrops." In fact, these locations are also considered exotic options for soon-to-be-wed couples from other countries. This is not surprising since apart from the locations themselves, India - when compared to some other countries - also offers relatively affordable air travel and accommodation options.

Vineet Tang went on to add that Jaipur continues to witness growth in room supply, with near 1,282 keys added in 2018 alone. Rajasthan is, of course, the most popular destination in India for hosting royal-themed destination weddings. Goa has certainly been no laggard either. India's beach state saw the largest signing of keys in 2018 at 2,209 keys - even outpacing Bengaluru (though with a very small margin of 192 keys). The strong increase in supply will be a strong boost for Goa, one of the most sought-after destination wedding hotspots in India.

"While Rajasthan, Goa and Kerala are the top three Indian wedding destinations, off-beat locations like Mahabalipuram and the Andaman Islands are also finding favour. Mussoorie and Simla offer a serene, hilly and even Colonial Era backdrop to destination weddings. Of course, the primary criterion for all destination weddings is a perfect setting for memorable pictures and drone footage that can be shared on social media," said Mandeep Lamba of HVS ANAROCK. 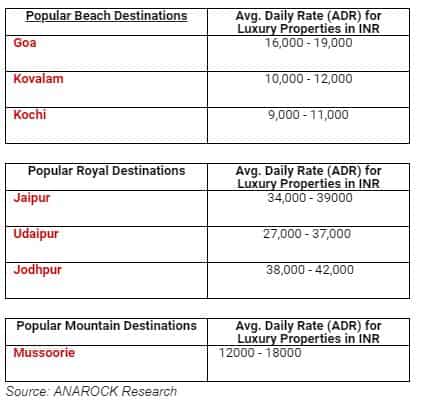 The rising appetite for destination weddings is unquestionably a boon for the Indian hospitality industry, which has been on an upswing over the last few years. As per HVS ANAROCK data, 2018 saw the Indian hotel industry witness a country-wide RevPAR (Revenue Per Available Room) growth of 9.6 per cent over 2017, to arrive at an absolute RevPAR of 3,927. In 2019, the RevPAR is expected to see 9.5 per cent growth, with demand finally outpacing supply. Data also indicates that the period between 2014 and 2018 witnessed an upsurge in transaction volumes of approx. INR 64.4 bn – the previous peak being in 2015 at about Rs 19.9 bn.

Growth in the hospitality sector was augmented with the introduction of subsidies and schemes to push hotel construction and tourism. However, the last few years have also been unpredictable due to an oversupply of hotel rooms and competition from new brands and shared economy models.

In such a mixed market scenario, wedding tourism and destination weddings can be a significant game-changer for the Indian hospitality industry, if promoted intelligently. Already, we are seeing the positive impact of some of India's most globally 'representative' locations promoting themselves via worldwide promotions.

Taj Mahal, Agra Fort to re-open from September 21 even as COVID-19 cases continue to grow